A not-very-serious post – what’s the soundtrack for your novel? 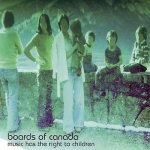 In my post below on starting a new novel, I briefly discussed using soundtracks while writing, and Sally, in one of her comments, asked what the soundtrack was for Life Form 3. As so many of you have said you use soundtracks, I thought it might be fun for us to share them!

The Sensual World by Kate Bush (just that song)

Okay, guys – your turn on the decks.

This entry was posted on April 4, 2011, 3:30 pm and is filed under Inspirations Scrapbook, Uncategorized. You can follow any responses to this entry through RSS 2.0. You can leave a response, or trackback from your own site.