My Memories of a Future Life – the secret weapon 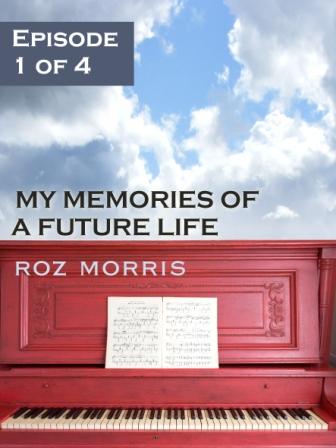 Everyone’s talking about how publishing has broken all its rules this year. We’ve had agents publishing their authors’ backlists as ebooks, or arguing about why they shouldn’t. We’ve had agents lobbying for authors to get a much higher percentage of ebook rights. We’ve had authors tearing up their contracts and going indie – and some of them have become the infamous Kindle millionaires.

One idea I’ve heard whispered in these discussions is whether longform fiction should be serialised. Usually it’s quickly dismissed. Oh no one’s doing that.

Yes they are. I’m going to.

A short while ago I revealed in this post that I had a secret weapon for launching My Memories of a Future Life.

And this is it. I’m going to publish it in four hefty parts.

Yes, this is an experiment. It could be argued that it’s a 150-year-old experiment as it’s the same model used by another famous self-publisher – Charles Dickens.

It’s either a great idea or monumentally dumb. But I’m already breaking rules by self-publishing a literary novel when most indie releases are genre, so why not stomp on another?

My agent tells me he’s watching with great interest. Not just out of curiosity, but to see if this is a viable model for the agency’s own ventures into new publishing models. So it’s not just a small step for me…

How much will it be? The magic 99c per episode. If you’re late getting to an episode, don’t worry – once they’re up in the Kindle store, they will be up for two months. Although you might have to block your ears to the chat on Twitter about it…

So that’s my secret weapon. My Memories of a Future Life is a literary novel written to be released episodically, week by week, the way Dickens wrote his serialised novels. Starting Tuesday August 30th, then Mondays thereafter – September 5, September 12, and the final episode on September 19th.

Wish me luck. And just so I feel more emboldened, tell me what rules – writing or otherwise – you’ve broken this week.

agents, Charles Dickens, ebooks, episodes, episodic novel, How to publish on the Kindle, how to write a novel, Kindle, kindle millionaires, My Memories of a Future Life, Nail Your Novel: Why Writers Abandon Books and How You Can Draft, Fix and Finish With Confidence, publishing, Roz Morris, serialisation, writing, writing a novel - Nail Your Novel, writing business

This entry was posted on August 17, 2011, 8:02 pm and is filed under Book marketing, Kindle, My Memories of a Future Life, Rules, self-publishing, The writing business. You can follow any responses to this entry through RSS 2.0. You can leave a response, or trackback from your own site.