I self-published – should you too? 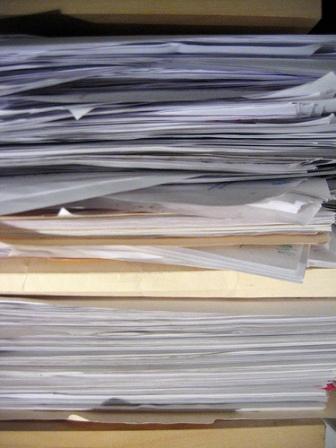 ‘Are you glad you self-published your novel?’ said Stacy Green to me, in the secret passages of Twitter.

‘Totally,’ I replied. Although I would say that, wouldn’t I?

Stacy replied: ‘I’m in the early query process and wondering if I’m making a mistake.’

‘Stacy, I think you should carry on querying.’

An answer that might sound like I’m being disloyal to the indie cause. But here’s my reasoning.

It’s early days yet for Stacy. Yes, querying is wearying, but it’s the way to tell if your novel is up to professional standard. Yes, it may take a ridiculous while before you get a reply – publishing turnaround is like sending messages to the distant reaches of the solar system.

I still believe everyone should try to get representation first, if they’ve never been published before or don’t have a ready-made audience.

Never forget, writing is a self-taught art. There is so much to get right in a novel and so many ways we can be blind to our book’s faults. This is entirely understandable. You remember when your novel was a scrap of paper with just one idea. You remember learning, from the bootsoles up, how to make it into a novel. You’ve quarried for depth, trampled the rough spots and polished over and over. You’ve developed brilliant and stylish marks of your individuality as well. Compared with when you started, you now feel like an expert – everyone does. Now, you need outside, experienced input.

You can of course hire an editor, and an editor who is a good fit for you can certainly give you a lot of help and guidance. You can trade with beta readers. But the final book is down to you. If you want to cut it in the marketplace, you have to try in the marketplace. And that generally means seeking representation – or publication via the smaller presses. (Although why would you aim small to start with?)

Yes, you may be rejected because your book is unusual, or an unfashionable genre. But if you made the grade, the rejection will tell you this – even if it’s just a few short lines. They always do. If you’re getting form rejections or never hear back, you probably still need to do some work. And that tells you you shouldn’t self-publish. Of course it does.

Waiting for this feedback takes a long time. But while you’re waiting, get started on another book. You’ll need it sooner or later. And aren’t you itching to put all you learned into practice?

I didn’t self-publish until my novel had wooed an agent. (I didn’t have an agent for my ghosting). She took my novel around the publishers, who said ‘it’s fascinating but we don’t know how to sell it’. At that stage, I could have left it locked behind the gatekeepers’ portcullis, or changed it into a conventional thriller (some of the feedback I got). I wasn’t having that.

Am I glad I self-published? More than I ever imagined. Every word of feedback from readers brings my novel to life and gives it a place in the world. For which, thank you.

But going it alone means doing all the selling. That’s no bed of roses. It is much harder for me to prove the book’s worth. If you have an audience amassed, no problem. Few of us do, so we rely on reviews to spread the word to new readers. Ideally we want to be reviewed alongside traditionally published novels that would be next to us in a shop. But it’s not a level bookshelf. Indies are still regarded sniffily in most quarters. (One review I did get, on For Books’ Sake, said My Memories of a Future Life was ‘so original and odd it’s in a class of its own’. I’m going to put that on a T-shirt, of course – but artistic pride aside, how does anyone sell a book like that? No wonder publishers wanted it tamed. Still, that’s my problem now.)

New authors, I urge you to test your book in the market first. If you get an offer and you don’t like it, you can always turn it down.

(Thanks for the pic, Muckster)

How to write a novel – in-depth webinar series with Joanna Penn of The Creative Penn. Catch up on the first seminar and sign up for the rest.  Find more details and sign up here.

Nail Your Novel – my short book about how to write a long one – is available from Amazon.

My Memories of a Future Life is now available in full. You can also listen to or download a free audio of the first 4 chapters over on the red blog.

agents, fiction, how to get published, how to sell books, how to write a novel, My Memories of a Future Life, Nail Your Novel: Why Writers Abandon Books and How You Can Draft, Fix and Finish With Confidence, novels, publishers, publishing, querying, querying an agent, Roz Morris, self-publishing, small press, unpublished, writing, writing a novel - Nail Your Novel, writing business, writing life

This entry was posted on November 19, 2011, 7:59 pm and is filed under How to write a book, self-publishing, The writing business. You can follow any responses to this entry through RSS 2.0. You can leave a response, or trackback from your own site.