Everybody dance: we all go wrong before we get it right 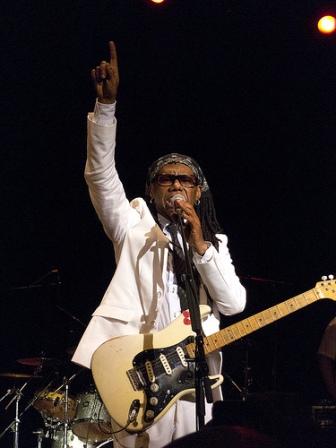 Getting a novel right is trial and error, right? Do writers of shorter artforms have this trouble? Songwriters, for instance? I heard an interview this week with musician Nile Rodgers – which suggests his creative process has much in common with that of us long-distance literary creatives. Or my creative process does, anyway.

Rodgers talked about looking for the core truth of a song. In Chic, he said, ‘we had to define the deep hidden meaning, a song’s DNA, what it was about. We had to understand its core truth. Once we had that we could arrange it and change it to whatever we want.’

One of the first things I do when starting a novel is search for the core truth in my idea.

My inspiration is usually a character doing something bizarre, which beckons me to look deeper. I’m incubating a couple of these at the moment, searching for this core truth. Until I’m certain of that, I can’t get creative with the story and characters.

My Memories of a Future Life started with one idea – reversing the traditional reincarnation story. Not going to a past life, but a future one. What would happen, I thought? It could be a straightforward adventure, but that was too shallow – this idea bugged me at a profound level. So I quarried and worried and scrunched my hands through my hair, and eventually I hit this: when Carol chooses to fast-forward into a future incarnation, it’s because she can’t see any more life worth living now. That’s what this bizarre quest was – a search for life now. Once I had that core truth, I had a strong centre to build around.

You know Le Freak, that joyful bid-biddly foot-itching disco anthem. You might know the story of how it was written. Rodgers and pals trudged through snow to a friend’s party at Studio 54 and the doorman told them to f—- off.

So they went home, picked up their instruments and started improvising. A cheeky guitar twiddle, some lyrics about schlepping across town in the freezing cold, all ending in a rousing cheer of ‘Ahhhh f— off’.

Rodgers’s partner Bernard Edwards said ‘we’ve really got something’. Rodgers said ‘you’re crazy, we can’t call it that’. They tried ‘Freak off’. No, it didn’t work at all. More head-scratching. Rodgers eventually said ‘what about “Freak Out” ’. Edwards said ‘hey my kids do this dance called…’

Okay, it’s no surprise that a song might be assembled with brainstorming. But pay attention to what Rodgers said next in the interview.

Writing is rewriting. Ideas don’t come complete. Inspiration is time and sweat and while we’re perspiring we feel we’re struggling and keeping up a facade of being smart. If – as seems inevitable in party season – someone puts this tune on, raise your hands for all of us who aren’t genius enough to get it right first time.

That idea that started weird and took a ton of figuring? It’s called Le Freak.

Thanks for the pic Thomas Faivre-Duboz

Have you got any favourite tales of ideas that needed a ton of figuring? Share in the comments!

Bernard Edwards, Chic, cross-training for writers, deepen your story, disco, fiction, having ideas, how to write a novel, inspiration, Le Freak, My Memories of a Future Life, Nail Your Novel: Why Writers Abandon Books and How You Can Draft, Fix and Finish With Confidence, Nile Rodgers, novels, polishing, Rewriting, Roz Morris, writing, writing a novel - Nail Your Novel, writing life

This entry was posted on December 18, 2011, 9:21 pm and is filed under Inspirations Scrapbook, My Memories of a Future Life, The writing business. You can follow any responses to this entry through RSS 2.0. You can leave a response, or trackback from your own site.