If something matters in your story, your characters must earn it 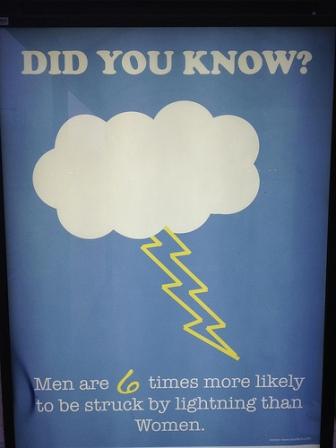 Here’s one of the timeless problems with novels. The reader knows the author can do anything they like. And one of the things I see in manuscripts is that the author has the story firmly by the ears and is steering it. Enough to make me wince.

Being killed or falling in love

In real life, love can just happen, right? A glance across a crowded room might be enough. And, at the less optimistic end of the spectrum, people do just die.

But in stories they can’t if it’s convenient for the plot. You have to work harder to earn that development. There may have been a time when you could erase a villain by striking him down on the golf course, but very few readers will swallow that now.

In some manuscripts, detectives find their suspects far too easily. If the murderer is Chinese, all they have to do is go to the Oriental supermarket and chat. Hey presto, a vital clue.

When characters get information they badly want, it needs to be hard won. It’s a way for the character to demonstrate resourcefulness, bravery, doggedness. Or maybe gullibility, if that’s what you want.

In fact, it’s better if they chase the wrong lead for a while. Suppose the person he talked to was protecting the real villain. Remember, stories aren’t a linear escalator to a success, they need slips and reversals. In Silence of the Lambs, a SWAT team stakes out a house – and it turns out to be the wrong one. This blunder dramatically raises the stakes for the heroine who is about to confront the killer on her own. In The Day of the Jackal, the police seem to have discovered the assassin’s true identity but at the end he’s revealed as the wrong guy – a neat twist in the coda that preserves the mystery. (If you didn’t know that, um sorry…)

Many writers mistake where the real drama is in a fight scene. They think it’s the trading of blows, or perhaps the natter that goes on (rather unrealistically) between them. But readers know that the writer can keep all that going as long as needed. The police won’t burst in until the right moment. The roof won’t collapse, no matter how much it’s wobbling.

What makes a satisfying end to a fight? It has to be a surprise. Perhaps it’s storytelling sleight of hand. In the film of Georges Simenon’s Red Lights, a whisky bottle bought earlier by the protagonist is smashed and turned into an impromptu weapon.

Perhaps the reader is convinced the hero can’t win. In the climax of Goldfinger the story has established that James Bond can’t beat Oddjob in a straight fight – so when he outsmarts him and electrocutes him with an electric cable, we’re so surprised that we feel the win is deserved. (Moreover, Oddjob had sliced the electric cable with his hat – a neat comeuppance.)

Another satisfying way for a protagonist to win a fight is if they complete an arc – perhaps defeating the monster inside themselves. Or – like in Blade Runner when Roy Batty saves Deckard instead of killing him – a complex victory for both.

A story is not just what happens, but how and why. And one of your jobs as a writer is to make failure possible and triumph surprising. The more an event or discovery matters, the more your characters have to earn it.

Thanks for the lightning pic, Opacity

Do you have favourite examples of earned victories or discoveries? Share in the comments!

The first edition of my newsletter is out now, including useful links and snippets about the next Nail Your Novel book!  You can read it here. And you can find out more about Nail Your Novel, original flavour, here.

This entry was posted on August 5, 2012, 6:27 pm and is filed under Plots, Writer basics 101. You can follow any responses to this entry through RSS 2.0. You can leave a response, or trackback from your own site.