Got to explain my story’s world… but how do I avoid exposition? 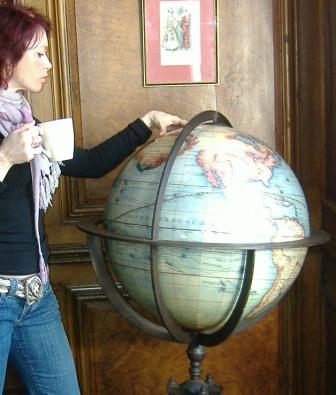 I have a client who has written an ambitious novel set in a dystopia. It’s a powerful idea, but he hadn’t made me understand the world. I was constantly confused about what the characters were doing and why the scenes he showed me were significant.

He explained he was trying to avoid exposition – for which he gets a stack of brownie points, if not actual brownies. But how should he fill the gaps?

Neither of us even uttered the words ‘explanatory prologue’. I’m saying them here for the sake of completeness. A prologue describing the world is not, generally, a good way to captivate a reader. They want to plunge into the story and bond with characters, not sit down for a lecture.

Exposition is when the author tells the reader something they need to understand and is obvious about it. So a pair of characters natter about a subject they don’t need to talk about. ‘I have to go and clean the neutron drive, Susan. As you know, we’re on a big spaceship and have been for many months.’ Unless the line is to show an ironic character quirk, this is the author shoving his face between the characters.

But if you give the reader too little context, they don’t know where they are or what anything means to the characters. Yours truly, Baffled.

The only sin of exposition is that it is unnatural. So you find ways to slip this material in without breaking the fourth wall.

Here’s how George Orwell does it in Nineteen Eighty-Four.

He begins with a tour of Winston Smith’s ordinary life. We have a day in April (relatable, familiar) and clocks striking thirteen (borderline normal, and strange enough to intrigue us). Winston is hurrying along in the wind to his grotty apartment block (normal). The lift is out of order (relatable) because of Hate Week (crikey, what’s that?). There’s a poster: ‘Big Brother is Watching You’ (intriguing and sinister). Inside his mostly familiar apartment is a telescreen, which he can’t turn off (weird). Outside his window there’s a sign in a distorted form of English (skewed and forbidding). He tries to find a place where the screen can’t see him (exactly as we might, because it isn’t nice being watched). Why is he hiding? To do something we take for granted – he is writing in a diary.

This sequence is explaining the world but it’s totally natural. (Historical novelists have to do it too.) It’s showing a piece of life that we would recognise, and intriguing us with what’s distorted. Even better, Orwell has added the character’s need: privacy to be himself. Because a world isn’t about things, it’s about people.

At any time in a story, we might have to convey lumps of information that the characters know but the readers don’t – for instance, what spelunking is, how a horseshoe is made. Explaining a world is no different.

Exposition is simply when you do it badly.

Let’s have some more examples of authors who explain their characters’ worlds with style – share in the comments!

COMPETITION WINNERS If you get this blog by email, you might have had trouble with the post I whipped up first thing announcing the winners of the Future Life special edition. I loused up the link to the Red Blog – it should have been this. Doh. Scoot to the bottom of the post for the results. And note to self: medicate with coffee before hitting publish.

This entry was posted on September 16, 2012, 12:14 pm and is filed under How to write a book, The writing business, Writer basics 101. You can follow any responses to this entry through RSS 2.0. You can leave a response, or trackback from your own site.