Bringing the dead to life… Why novelists should read obituaries 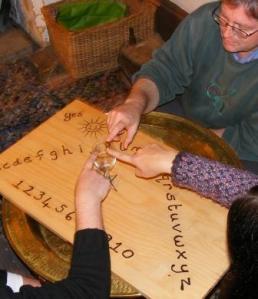 Many years ago, my writer friend Cathryn Atkinson told me she found inspiration for characters by reading obituaries, especially those in the Daily Telegraph. By gum she was right, and I was soon curating my own file of the fascinating dead. I called it my morgue, of course.

Reading obits is still a habit, and not just to discover queer folk. I’m inspired by the way obit writers tackle certain problems we also have in novels.

Although famous people obviously get obits, so do obscure achievers.

For the writer, it’s easy to describe a person who is already well known; you just tick their recognisable characteristics. For Elizabeth Taylor, reference the violet eyes, voluptuous proportions and bawdy persona – and that’s enough to summon their physical presence.

But the obit writer often has to describe a person the reader hasn’t seen before. Which is also what the novelist does.

Crucially, they don’t rely on visual descriptions. Blue eyes and a crooked front tooth don’t mean much if the reader doesn’t already have a mental picture. So the obituarist adds another dimension – the sense of what it’s like to be in a room with the subject. One of the earliest entrants to my morgue file was an eminent female chemist who always had a worried expression, as though she feared a catastrophe was happening in the next room. I’ve long forgotten her name or what she was responsible for (alas), but I still know what it would be like to spend time with her. Another unforgettable was the religious leader who had the disconcerting habit of closing his eyes while he spoke.

Dignity, even for villains

The obit’s subjects may not always be nice or heroic.

Take The Economist’s obituary of UK reality TV star Jade Goody. She was infamous for squalid incidents, astonishing ignorance and racist remarks. She was also a shameless publicity hound. The obit didn’t whitewash any of this, but their unsparing portrait also uncovered her battles, hardships, goals and happinesses. The result gives her remarkable dignity.

This is so interesting for novelists. Even if we’re writing nasty characters, they become more potent if we approach them with respect and curiosity.

Back story and context

Obits generally follow a formula. First they hook your interest – tell you why the character is significant, conjure up a conundrum that gets you curious. Then there will be defining incidents from their prime. Details about childhood don’t come until late in the piece. After we have read about the achievements or ignominies, we are shown how the person started with similar stuff to ourselves – parents, a local library or sports ground, school teachers. There they are, just like we were, unaware of their destiny.

It might be peculiar to follow that backwards chronology in most novels, of course, but it’s a reminder that back story works because of context. Deployed in the wrong place, back story will be boring. In the right place, it can be humanising and even powerful.

Are there any non-fictional places you go for inspiration, such as obituaries? Why do you like them? Share in the comments

This entry was posted on March 24, 2013, 10:10 am and is filed under Creating a character, How to write a book, Writer basics 101. You can follow any responses to this entry through RSS 2.0. You can leave a response, or trackback from your own site.