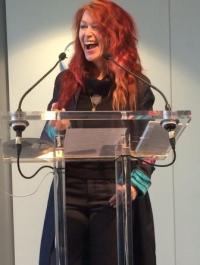 This week I’m running a series of the best discussion points from my talk at the Writers & Artists selfpublishing event. So far I’ve covered how producing a good book requires an editorial team and how authors need to allow enough time to use their feedback properly. Today, it’s how to cope with criticism. 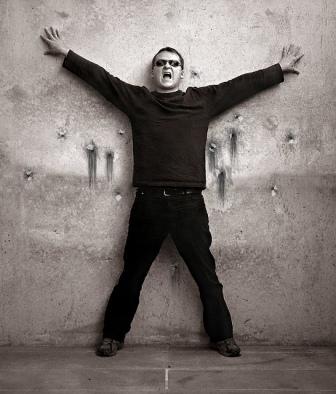 Editing – an ordeal or not?

Henry Hyde (who took the pic of me!) asked the very good question of how writers respond when they receive a report. He’s the editor of a magazine, and said that contributors are often aghast when their work is red-penned. So what the blazes does a writer make of a 40-page document of major changes (as I described in my previous post)?

Well, I try to be gentle. I also encourage the author to see the report as criticism of the work, not them – although it’s often hard for them to see that. The more writing you do in a professional environment, the thicker your soles become and the more you’re able to see a manuscript as a work for others to help you with, rather than a bundle of your most tender nerve-endings.

It helps to have sensitive criticism, though. In traditional publishing, I’ve had savage editors who seemed to relish their chance to tear an author down – and generous souls who make it clear they are working for a book they already believe in. I hope I’ve learned from them how to be the latter.

The author has control

One author brought up an interesting point about a copy editor who had rewritten her dialogue, converting it unsuitably from period to a modern voice. With hindsight it was clear that the editor was probably working in an area outside her experience and thought all books should be edited the same way – a salutary warning to choose your team carefully. And several authors asked: ‘what if the author disagrees with the editor’?

A good question. It is, of course, entirely up to you what you do with a proof-reader’s tweaks or an editor’s recommendations. You are in control. Burn the report if you like, we’ll never know – but we’d prefer to think we’d been useful. I’m careful to make suggestions rather than must-dos, and to encourage an author to explore what they’re aiming for.

A good editor will also try to ensure they’re in tune with the author before any precious words change hands (let alone precious $$$). (Here’s my post on how a good editor helps you be yourself.  I’m not tooting my own trumpet here – for most of you who are reading this, it’s likely I won’t be the right editor. Be highly wary of anyone who says they can developmentally edit absolutely anything.)

Let me reiterate: it’s your book. YOUR book. The editor, copy editor and proof reader make suggestions, not commands. (The same applies in a traditional publishing contract, provided you haven’t assigned moral rights – which isn’t usual.)
Use this power wisely. (And, to return to Messrs Jon Fine and Joe Konrath , don’t publish shit.)

Thanks Toni Holopainen for the pic of the man undergoing a thorough edit
Next (and finally): self-editing to self-censorship
If you’ve worked with editors, how did you feel about their criticisms? If you’ve been through this process several times, have you toughened up? Have you disagreed with an editor’s suggestions, and what came of it? Have you ever paid for an editorial service and concluded it was a waste of time and money? Let’s discuss!

This entry was posted on December 5, 2014, 6:44 am and is filed under self-publishing. You can follow any responses to this entry through RSS 2.0. You can leave a response, or trackback from your own site.