‘I have a flash fiction mind’ – interview with Jayne Martin @jayne_martin 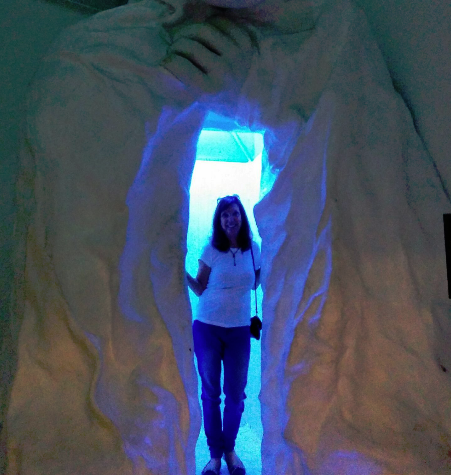 Jayne Martin has an impressive string of accolades for her flash fiction, especially her recent collection Tender Cuts. Before that, she had a distinguished career writing TV drama and movies. We got together to talk the long and short of writing.

Roz Across all those different continents of work, short and long, do you have any recurring themes, any character types you’re most interested in?

Jayne When I wrote for television, it was primarily on assignment, but I always seemed to be offered the heavy drama: stolen babies, sexual assault, murdered children. I was known for being able to deliver the emotional stuff. I think that’s a recurring theme in all my work. Certainly, in Tender Cuts, every character is dealing with some kind of emotional wound.

Roz And you write humour essays. I haven’t yet had a chance to mention that.

Jayne In real life, I’m actually considered quite funny. If Nora Ephron and Howard Stern had had a love child, that would be me. God, I loved Nora. My humour collection, Suitable for Giving: A Collection of Wit with a Side of Wry, was inspired by her brilliant comic voice and timing. In it is a story called “Stalking Nora Ephron”, where I make the case that if only we could meet we would be best of friends.

Roz I love that idea. You’ve got me making a list of authors who I hope I’d click with IRL.

Who are your inspirations?

Jayne One of my greatest influences in drama was Alvin Sargent who wrote the screenplay for Ordinary People. I was hired to give him clerical support during the revisions. I remember walking into his beachfront Santa Monica apartment to find Alvin and Robert Redford, who would direct, sitting on the floor with pages of the script laid out all over the carpet. I helped Alvin get organized and he taught me how to make a killer tuna salad. I also worked for Sydney Pollack and Fay Kanin, so yeah. I cut my drama chops through exposure to the best in the business.

As for flash fiction, probably Meg Pokrass, Pamela Painter and Robert Scotellaro. And I never miss reading a story by Kathy Fish or Nancy Stohlman. But there is just so much flash talent out there now. Gay Degani is on fire. Cathy Ulrich, Jacqueline Doyle, Len Kuntz, brilliant. The genre has exploded since I started back in 2010. I learn from everyone.

Roz With flash fiction, how do you keep a story idea so brief?

Jayne Again, I have to return to my screenplay roots where you enter a scene late, leave early and keep the viewer in a state of suspense. It’s a very visual art form so I’m used to telling a story through use of imagery. I’ve been doing it for so long that I have a flash fiction mind. I think in small bits. The ending, when it arrives, is always a surprise to me, whether it’s the 50th word or word 300. I rarely write fiction over that word limit. I actually find it hard to read stories beyond that limit, too, because the extraneous leaps out at me and I find myself mentally editing, or just growing bored.

Roz I began my writing life with short stories, but they quickly ran away with me. I don’t think I have a short-form mind. What’s the secret of writing microfiction that is satisfying?

Jayne It appeals to my reverence for instant gratification. Patience is not my strong suit. While a movie would often take six months to complete, I can write a flash or micro in a day. I may let it sit for a couple of days, and then go back and polish, but it’s basically done. I like the challenge of every word having a job. No slackers allowed. It’s like the art of bonsai in its precision.

Roz I feel the same about longform. Don’t include a detail unless it matters… Neither form has room for flab, if done properly.  I guess the real difference is what the reader is looking for – a single riff, or a complete symphony.

Let’s talk further about flash techniques. What are the main problems that you see in inexperienced writers of flash fiction?

Jayne Inexperienced flash writers haven’t yet learned to let the reader fill in the gaps with their own interpretation and imagination so they still feel like they have to explain and describe everything and tie everything up at the end. The magic happens in the cracks, the empty spaces.

I guess it’s like taking the training wheels off your bike and trusting yourself to stay upright. It takes a while to get there. The best way to learn to write flash is to read lots of it. Some of the best publishers of the form are literary journals like Bending Genres, Ellipsis, Wigleaf, and New Flash Fiction Review, edited by Meg Pokrass, a master of the form. 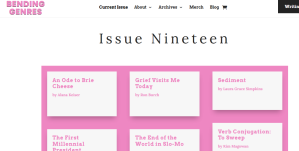 Jayne Technically flash is considered under 1,000 words. For me, at about 600 it stops flashing and starts dragging. Some people call micro at 400 words. I call it at 300. A drabble is 100 words. But all these are very loose. 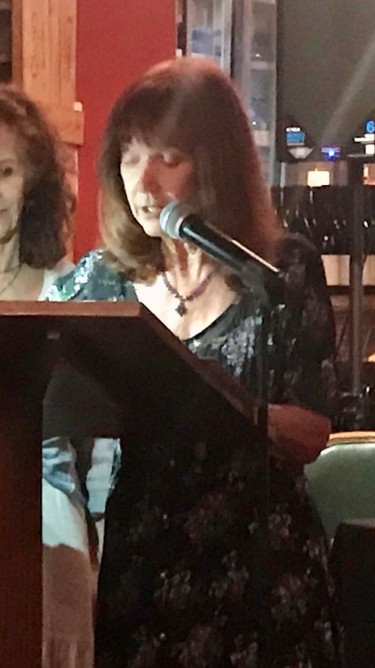 Roz You’ve had quite a journey, from TV writing to flash fiction. One is very collaborative, the other is highly personal.

Jayne When I was writing movies for television it was kind of like being a bricklayer in Beirut. Steady work, but little job satisfaction. With movies, the writer gets paid whether the movie gets made or not and some of what I thought was my best work never saw the light of day, often for capricious reasons that had nothing to do with the work. While the “suits” left you alone for the first draft, after that everyone down to craft services had an opinion. If you didn’t like their notes they would just fire you and hire someone else. It pitted writer against writer.

Having said that, I made a ton of money and if someone offered to pay my fee I’d write another. But it can’t compare to the pleasure of writing fiction and the supportive, wonderful writing community I’ve found doing so.

Roz I have scriptwriter friends who’ve tried novels and been daunted by the idea of writing on their own, of having no filters between their words and the reader (except for an editor). Personally, I love that direct connection.

Jayne I love the direct connection with readers. Writing a story and seeing eyes on it within a month is a huge reward. So yes! Give me my solitude.

Roz The opening page of your website is enchanting. ‘I live in a tiny house… high on a hilltop…’ Tell me about this place. How did you end up there?

Jayne In 2011, my lucrative movie career behind me, I decided to purge 40 years of belongings and downsize from an 1800 square foot house to a 400 square foot guest house on the 20-acre ranch of a friend. It felt great. I highly recommend it. My desk faces out to overlook a rural valley where my closest neighbours are the cows on the other side of the fence. In the airspace, red tail hawks do sky ballet and teach their fledglings to fly. And best of all, no one can find me.

Roz You studied on the UCLA writers’ programme. What did it do for you?

Jayne This was in the ve 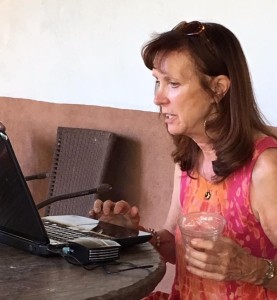 ry beginning of my career. I’d been an actress first, but it didn’t suit me. At that time, I made my living as a script typist and thought, “Yes. This is where I belong.” In that work, I read hundreds of scripts and learned what worked and what didn’t as I started writing my own. The classes were taught by working professionals, some of which ended up mentoring me as I sought out an agent and those important first jobs.

Roz We’re both horse riders. How does horse rider Jayne fit with writer Jayne? Levi is stunning, by the way. Has he, or have any of your horse experiences, found their way into your writing?

Jayne Levi is my fifth horse. They’ve all been my sanity maintenance. The only time I feel the quieting of my monkey mind and am completely present in the moment is when I’m with a horse. I have never lost that feeling of awe when I sit on their backs and experience their willingness to carry me. I’ve kept my riding and writing worlds pretty separate, but one day I may tell some tales.

Roz (Until that time, Jayne has put some of her horse sense into this movie, Big Spender, available on Amazon. And if your heart beats for hoofbeats, here’s my own tribute to a grand and unforgettable horse, Lifeform Three.)

Find Jayne’s website here, her books (including Tender Cuts, published by Vine Leaves Press) here, her essays and shortform work here and tweet her as @Jayne_Martin

If you’d like more writing advice, my Nail Your Novel books are full of tips for long-form stories. If you’re curious about my own creative writing, find novels here and my travel memoir here. If you’d like to support bricks-and-mortar bookstores use Bookshop.org. And if you’re curious about what’s going on at my own writing desk, look here. You can subscribe to future updates here.

This entry was posted on February 21, 2021, 1:35 pm and is filed under How to write a book, Interviews. You can follow any responses to this entry through RSS 2.0. You can leave a response, or trackback from your own site.