This week I’m running a series of the sharpest questions from my Guardian self-editing masterclass. In previous posts I’ve discussed three/four-act structure, endings and characters who are either bland or too disturbing to write. When I posted on Tuesday I forgot there would also be an Undercover Soundtrack to disturb the sequence, so here, slightly later than trailered, is Masterclass Snapshots part 4. 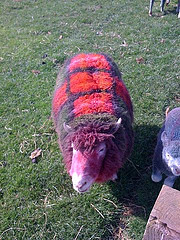 One writer had his characters encounter people with strong local dialects. He asked how he should render their speech.

We discussed why he wanted to do this. He explained that it was to include a flavour of the setting and emphasise that the main characters were in unfamiliar territory. The odd speech was one good way to show this – with caution. Strange spellings or contractions will trip up the reader if overused. We discussed other ways of achieving this effect – perhaps by showing local customs and attitudes, lifestyles and so on. All of this will create a sense of a different culture.

This led to another good discussion – how do you make characters look distinct through their dialogue? Favourite phrases are useful, and that might be a way to show foreignness too. Habitual gestures are also good.

Humour styles are a very interesting way to differentiate people. (Curse words too, but some writers might not explore this very thoroughly.) I often see manuscripts where writers have given all their characters the same sense of humour, which makes them look like clones. In reality, you could take any group of people and they’ll all have their individual ways of expressing humour. Some enjoy wordplay. Some will try to grab attention and be the joker of the group. Some will be understated and enjoy the odd ironic quip. These are all ways to use dialogue to create a three-dimensional, distinct character.

(There’s more about this in Writing Characters Who’ll Keep Readers Captivated, including a discussion of phonetic Glaswegian.)

Thanks for the pic Lee Carson

Tomorrow: editing is more than tweaking the language

Have you had difficulty making your characters sound distinct? How have you tackled this?