Self-editing masterclass snapshots: key character disappears, how should I handle it?

I’m running a series of the smartest questions from my recent Guardian self-editing masterclass for novelists. Previous posts have discussed how much extra material we might write that never makes the final wordcount, how to flesh out a draft that’s too short and a problem of pacing if much of the plot concerns the fallout from one event. Today I’m looking at another interesting problem:

Important character disappears – how should I handle it? 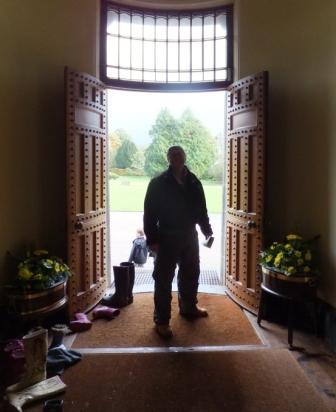 One writer had a key character who vanishes from the narrative. Her novel was based on family history and she had a character who was significant for the early chapters and then drifted away.

The character didn’t die, and didn’t have a formal farewell event to create a definite exit from the story world. There was just a period where they ceased to be involved. The writer was worried that this might look like a continuity problem or a mistake.

She was right; it needed to be handled carefully. This character would be important to the reader because she was a key player in early scenes.

The earlier a character is introduced, the more significantly they lodge in the reader’s mind. The original cast members of a book are like the first friends you make in a new and strange place. They are probably noticed far more than those you introduce later.

(This is why prologues can seem irritating, because they might set up people who don’t play a major part, or are never seen again. There’s lots more about handling prologues and character departures in the Nail Your Novel books.)

So if a key character will disappear, you have to be careful. The reader needs their attachment to the character to be acknowledged, and to be comfortable that the disappearance was intended. They mustn’t lose faith in your control of the material.

We explored ways to do this. By far the most obvious solution was to invent a scene that made a feature of the departure, but in this case the writer felt that would be inappropriate or untruthful. And she didn’t want to invent letters or phone calls from the missing character.

With that in mind, we moved on to ways to keep the character in the text, if they couldn’t be in the scenes. I suggested the writer add a friend who was close to the departed character, who could continue the association on behalf of the other characters (and the reader). A relative or colleague would work well too. This character could carry some of the presence of the original and keep them on the reader’s radar – for instance by thinking or remarking ‘Kate would have liked this’, or ‘if Kate were here she’d know what at do’.

(BTW, if you’re using elements of real life in your stories, you might like this recent episode of my radio show, So You Want To Be A Writer, with bookseller Peter Snell. You can get notification of new episodes by signing up to my newsletter.)

What would you do? Have you had to withdraw a character quietly from a story and how did you handle it? Have you seen it handled clumsily or well, and what did you learn from it? Let’s discuss!

characters in fiction, Guardian masterclass, how to convert family history into a novel, how to write a novel, real events, real life, self-editing, self-editing for fiction writers, using real life events in stories