Free indirect, deep point of view – two ways to get closer to your main character 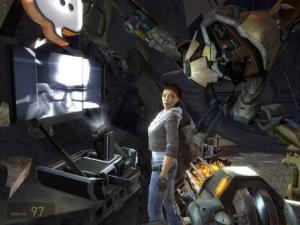 Free indirect and deep point of view are ways to help readers walk in a character’s shoes. You may find you already use them. But if you’re told you need to get closer to the main character, you might find these two techniques helpful.

Free indirect
Free indirect is a technique used in third-person narration to show a character’s thoughts. To understand what it is, and why it has such an opaque name, we need to backtrack a little.

She slammed the front door and thought about what she had seen. ‘Just what are those gnomes doing on my lawn?’

For today’s readers, this can look unnatural. It has the effect of making the character seem to utter the words out loud. Which you may or may not want.

Indirect speech aka reported speech For noveling purposes, this is dialogue without the quotes (not in the Cormac McCarthy sense), and with extra text to explain it’s thoughts.

She slammed the front door and thought about what she had seen. She asked herself just what those gnomes were doing on her lawn.

Free indirect
In free indirect speech, we enter the thoughts of the character. It’s as though we’re having a first-person narrator’s experiences from a third-person perspective.

She slammed the front door and thought about what she had seen. Just what were those gnomes doing on her lawn?

It’s more intimate than normal indirect, less artificial than direct. (And therefore is the most direct of the lot, but let’s not get confused.)

Writers who aren’t using first person often wonder how to show the character’s thoughts. Some resort to quote marks, but that looks weird unless the situation calls for out-loud declamations. Some writers try italics, but this is hard to read. Italics are for emphasis. Great paragraphs of italics make for migraine on the page. Normal indirect speech flows better but adds a lot of extra undergrowth.

Free indirect, though, mimics the immediacy of dialogue without the awkwardness.

This is another way to involve the reader in the character’s experience. While free indirect is about thoughts, deep point of view is about feelings and the senses.

She opened the gate. And stopped. On the front lawn were three small, jagged shapes. She peered into the gloom, waiting for a movement that would reveal perhaps it was a fox. Hopefully not a skulking burglar, but all the same her hands were tightening defensively around her keys. Behind, a car swished down the wet road. Its headlights filled the small front garden. Gnomes. Those things were three garden gnomes.

Now here’s the same scene told in a less deep point of view:

She came down the steps and saw an unexpected shape that made her stop in astonishment. For a moment she peered into the dark, wondering if it was a burglar. Then a car’s headlights revealed the truth. They were three garden gnomes.

The first example, in deep point of view, is closer to what the character is feeling. In the second example, the narrator (not the character) is the personality. Many of the words give distance, in this case slightly ironic – ‘made her stop in astonishment’, ‘wondering if it was’.

It’s not necessarily worse, by the way. If you have multiple story strands with several main characters it’s the natural way to wrangle them all.

If you have a single strong protagonist, whether first person or third, deep point of view will give you immediacy and vividness. You probably won’t use it for less intense moments, such as catching a bus or making breakfast. Readers don’t need every moment in deep point of view. But you can deep-dive to increase our connection to dramatic events.

Thanks for the image from Half-Life 2, Eric Sagen on Flickr

Do you have problems getting close to a character’s experience? Do you have any tips? Share in the comments!