Posts Tagged Fishing In The Aftermath

Posted by Roz Morris @Roz_Morris in How to write a book, self-publishing, The writing business on June 26, 2016

We’re in an age of new publishing models. And two of the emerging trends – crowdfunding and hybrid publishing – seem to meet in the organisation Unbound.

The principle of Unbound is simple. Raise enough money to publish the first print run. After that, the profits of any sales are split equally between the author and Unbound. Two editions of the books are made; a special, higher-spec edition for subscribers, and an edition for the trade.

When my friend Claire Scobie told me she was using Unbound to launch a UK edition of her novel The Pagoda Tree, I decided it was time to dig further. So as well as Claire (an Unbounder in progress), here are two fully graduated Unbounders – and clarifications from Unbound themselves.

Salena Godden @salenagodden is a long-established spoken word artist, poet and memoirist. She tops the bill at literary events nationally and internationally and has numerous credits as a guest and a writer for BBC Radio and Channel 4 arts programmes and documentaries. 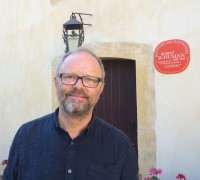 Robert Llewellyn @bobbyllew  is a writer, presenter and an actor in the cult BBC science fiction show Red Dwarf. He presented Scrapheap Challenge from 1998-2008 and now produces and presents Fully Charged, an online series about the future of energy and transport. He’s the author of 11 books, including non-fiction, humour, memoir and science fiction. 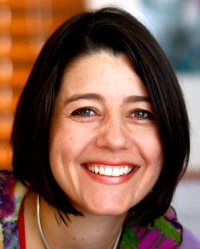 Claire Scobie @clairescobie  is the award-winning author of the travel memoir Last Seen in Lhasa and the novel The Pagoda Tree, chosen by Good Reading magazine as one of their Best Fiction Reads 2013.

None of my panel are first-time authors (but first-time authors aren’t excluded, so read on). Salena has run the full gamut from indie to traditional. She self-published her own chapbooks in the 1990s, published her Fishing In The Aftermath poetry collection with indie publisher Burning Eye Books. And she crowdfunded her memoir Springfield Road with Unbound.

Robert Llewellyn had 11 books published traditionally and has been with a literary agent since 1990. He said he became frustrated by the restrictions and financial deals in the traditional system, but didn’t want to go it alone entirely. ‘I was very keen to self publish. I knew I had a large enough potential audience to make this viable, but I also knew that I’m not very well organised and would find it a real challenge to do on my own.’

Claire has a literary agent and has been traditionally published. Last Seen in Lhasa was placed with Random House UK. She’s based in Sydney, so she sold publishing rights of The Pagoda Tree to Penguin in Australia and New Zealand in 2013, but is now seeking wider exposure in English-speaking territories.

UPDATE 1 July 2016 – Claire has now hit her funding target – so you can regard her advice as officially tested in battle!

How are books chosen for Unbound?

‘We have a team of commissioning editors who both read submissions and scout for books and authors. The main things they are considering is the strength of the pitch – which might be the concept of a book, the writing or the author’s ability to crowdfund. The projects that work best have a great concept that can be easily explained in a line or two, and a clear audience who are already engaged with either the author or the topic.

‘We don’t always require a finished manuscript – particularly in cases where the author has a proven track record of strong writing – but with new authors we always ask for a substantial example of their writing.

‘We have a fairly even spread between fiction and non-fiction, and we accept any genres. If it’s a great book, we’ll take it on.’

Salena says she chose Unbound because: ‘We got on really well. You know the saying “Go where there love is”? There is a lot of love at Unbound.’

Robert says: ‘I loved the business model. I understood crowdfunding and I had enough of a following to launch the books. I don’t know how I got selected, it didn’t feel like being selected. It felt like we agreed to work together which was much nicer.’

Claire said she’d had her eye on Unbound for several years. ‘I like the philosophy of the company and the fact that it was founded by three authors who felt that readers were often left out of the equation. My agent pitched the book to them (although any author can submit directly). One of the co-founders loved it and my crowdfunding journey began.’ And Claire points out that Unbound offers a more equitable arrangement than most publishers. ‘Unbound splits a book’s net profit 50/50 (after costs/retail discounts) with the author. With traditional publishing, an author is lucky to earn 10% of the cover price.’

But can you bring your indie team?

It’s likely, of course, that authors who’ve already published their own work might want to bring their own editors or designers. Georgia from Unbound says: If an author does have an illustrator or editor they have in mind, we always have discussions about this, and the best route to take.

Clearly, everything hinges on how much the author can raise awareness. And this effort shouldn’t be underestimated. I’ve been watching Claire on Facebook and she’s tirelessly producing interviews, posts and following up any lead that might create more exposure. ‘I’ve run a focused Facebook campaign on my author page, sent out a lot of emails to family, friends, friends of friends, written blogs on various sites such as FB historical fiction sites or indie publishing sites, made contact with my old school and university and contacted former work colleagues. As I am based in Australia, I’ve received a lot of support from students who’ve done my writing courses and writers I’ve worked with professionally. It’s been harder to tap into some of those networks in the UK.’

Salena says she was already well versed in selling and promoting her work. ‘I was in a band called SaltPeter for over a decade and we used to put out our own music, so I applied those cottage industry skills to the book, booking radio and gigs and promoting things.’ All the same, she says she remembers her funding campaign as full-on effort. ‘I worked my arse off. I hustled up hundreds of radio slots and gigs and events and festivals and talks and blog tours until I was sick of myself. When the book arrived I remember spending afternoons walking around book shops asking for it to be stocked; both indie shops and big chain stores too.’

Robert has managed to be more laid back, and says he mainly raised awareness through Twitter. ‘None of my Unbound books have had traditional reviews. They’ve not been featured in the traditional press in any way I’m aware of. I do a great deal of public speaking and sell books after these events.’ Reality check: he has 130,000 Twitter followers.

So it has to be asked: what proportion of projects fail to reach their funding target? Georgia says: ‘The success rate is 66%. There isn’t an obvious difference in the success rates between fiction and non-fiction; it depends on how active the author has been throughout their campaign, and how effective they are at communicating directly with their audience.’

One of the features of a crowdfunding campaign is the extra rewards for higher pledges. So what do authors offer? And when they have to fulfil them, are they worth the effort?

‘This was a steep learning curve. My assumption was that everyone would go for the cheapest option and no one would go for the most expensive. The most expensive options (tickets to exclusive events) were sold out within a couple of days. These involved complex and costly arrangements that were very stressful although we managed to fill 90% of our obligations to supporters. For instance, a picnic at William Morris’s house – there were so many takers we had to do it over two days. Since this experience we have wound down the top-level promises to events that are a little easier to set up.

Claire’s offering a range of goodies. ‘For readers I offer a double whammy of my first book and the novel for £75; for writers, I offer professional one-on-one mentoring sessions and a creative writing workshop in London; for general supporters, I offer the novel + a beautiful handmade Indian journal (which has been really popular.) I also offer ‘the story behind the book’ for £100 and some bigger pledges at £1000 for someone to be a patron. I think it’s important to have a range of pledges at different prices and for different sectors of your audience.’

All the same, Georgia confirms that some authors can be uncomfortable with the amount of self-promotion. But she provides some figures to help make the job more manageable. ‘The average book needs about 300 supporters. Authors have to be able to confidently pitch their book to their networks, including friends, family and colleagues. Some find it daunting to ask people they know to pledge money, so that’s something they have to really think about, and overcome if they’re to have a strong campaign.

‘The most effective way of driving pledges is through personalised one-to-one communication, usually via email. This does take a lot of time and effort, so authors find it helpful to create a plan and schedule. They then have to stick to it. It’s all about engagement, rather than broadcasting. If authors aren’t engaged with their fans, then they are less likely to see those fans pledging.

‘The campaign process has to be led by the author, as they are the best advocate for the book, and it is their network that will support the book in the early stages. But we do have resources we offer to authors as guidance and support throughout their campaign.’

Have you considered – or even tried – crowdfunding? Any thoughts to add? Questions? The floor is yours.

And finally, here’s where to find our people again. Unbound is here and is on Twitter as @Unbounders. Robert Llewellyn is most at home on Twitter where he’s @bobbyllew . Salena Godden is @salenagodden and her website is www.salenagodden.com . And Claire Scobie is, at the time of writing, in full campaign swing. You can find her on Twitter at @clairescobie and her Unbound campaign is here https://unbound.co.uk/books/the-pagoda-tree/