Posts Tagged how to plot a story

Conflict in every scene? Disasters in every act? Yes and no

I’ve had an interesting question from Ben Collins.

I have read that each part of a novel should contain a ‘disaster’ and that every scene should either contain conflict or be deleted. Is this too rigid a formula, or do you think it is correct?

That’s a good question with a lot of answers.

So let’s take it apart.

‘Every scene should either contain conflict or be deleted’

I certainly subscribe to the view that every scene should feel like it’s moving forwards. Something should change, and in a way that keeps the reader curious.

In my plot book I talk about the 4 Cs of a plot – crescendo, curiosity, coherence and change. You can hear me discuss it here with Joanna Penn on her podcast. Three of those Cs are relevant to this question – curiosity change, and crescendo. Crescendo is a sense that the pressure is building – which, if we’re thinking in terms of formulas, comes from a constant state of change. 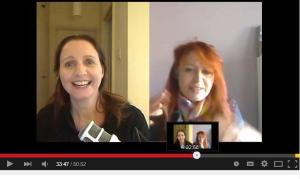 The change in a scene might be major – a secret uncovered, a betrayal. Or it might be lower key – perhaps deepening the reader’s understanding of a problem, or weaving an ominous atmosphere.

So what about that other C, conflict? Well, plots come from unstable situations. They can be epic scale – character flaws, character clashes, impossible choices, regrets in the deepest recesses of the soul, attacks from outer space. They can be tiny – two protagonists who irritate the hell out of each other. Good storytellers will sniff out every possible opportunity to add conflict to a scene.

But do you need conflict in every scene? It depends what you’re writing. In a high octane thriller, you need to pack in the punches. If your book is quieter, your developments might be sotto voce. Nevertheless, it’s good to think of keeping the story bounding forwards, in whatever steps would be suitable for your readers.

Beware of overdoing it, though. Even the fastest-paced thriller or suspense novel needs downtime scenes or you’ll wear the reader out. Relentless conflict is exhausting after a while. The most famous illustration of this in action is the campfire scene in an action movie. Usually before a climax, there’s a quiet scene where the characters get some personal time, in a safe place away from the main action. This is a great time for a romance to blossom. Or to drop in a personal piece of back story – a character can finally tell their life story. It lets the tension settle so that the audience is ready for the final big reckoning.

Is it keeping up the sense of change? Well yes it is, because it usually deepens the stakes. The characters might grow to like each other more. It might add an extra moral dimension, so there’s a deeper reason to right a wrong.  And the reader will feel more strongly bonded to the characters, so it becomes more important that they succeed – which is onward movement in the pace of the story.

Remember I said earlier on that a change in a scene might be a change in the reader’s understanding? This is an example.

So your scene should definitely contain a change. But there’s a wide definition of what that might be. Each scene should deepen the sense of instability and trouble. It should have something that makes the reader think – that’s not what I expected, or this is now a bit more perilous.

And now to part 2 of the question:

Should each part of the story contain a disaster?

First, let’s define what might be meant by parts. I’m guessing this will be the major phases of the story, or acts. If you’ve seen my posts on story structure you’ll already know what that means. You’ve already got a steady pace of change, with each scene adding something to keep the reader curious. As well as this, you need bigger changes. Something that breaks the pattern and punts everything off in a different direction.

And yes, it might be a disaster. It’s usually something that makes the situation much worse, and sends the story off in a new direction. The murderer strikes again. The Twin Towers fall. The husband begins an affair. It’s a point of no return. a one-way threshold.

So Ben asked: Each part of a novel should contain a ‘disaster’ and every scene should either contain conflict or be deleted.

Let’s amend that statement: each act of a novel should contain something that propels the story into a new, more serious direction; a point of no return. And every individual scene should contain a change, whether big or small.

Clear as mud? Let’s discuss. What would you say?

Conflict, how to keep the reader gripped, how to plot a story, how to write a page-turning novel, how writers keep readers captivated, Joanna Penn, self-editing, story structure