Publish or selfpublish? Advice for the 2014 writer 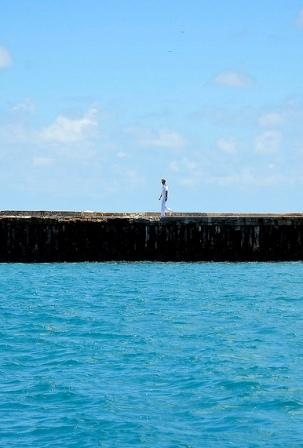 This post is a tad late as I’ve had an oversubscribed weekend, first hosting a workshop at the London Author Fair and then teaching at the Guardian selfpublishing masterclass. In all that whirl I’ve met a lot of writers and would-be selfpublishers and thought I’d share some of the advice I gave most frequently.

1 Whether you intend to go indie or not, learn about selfpublishing

– then you’ll know how to weigh up the value of a publishing deal. As well as the money (which usually won’t cover the time you spent writing), a publisher offers editorial guidance, copy editing and proof reading, cover design as appropriate for the audience, print book preparation, publicity using their contacts and reputation, print distribution.

As I’ve said in this blog post, all of that is services that indie authors do for themselves. Some (not all) are easy to source and manage. Some can’t even be priced, like the publisher’s reputation. But if you have tried to produce a quality book yourself, you’ll have a realistic idea of the value a publisher adds – or whether you can do well without them.

Some of that value might be emotional – the confidence that everything has been done properly and a sense of validation. These may not be as guaranteed as you think. There are always traditionally published writers who sell enough to be looked after well by publishers, and others who decide they are better as indies.

Whether you start as indie or traditionally published, you won’t always stay that way.

Traditionally published authors might leave their publishers (or be dropped) and go it alone. They might reissue their backlist or publish in co-operatives with other authors. Indie authors might begin on their own, then strike a deal. Some do all of it concurrently (hybrid authors), choosing what’s best for each project. Some publishers are experimenting with partnering deals – a different beast again.

There are also rights that are much better exploited with help – particularly translations. A few months ago I was emailed by a literary scout because a Spanish publisher was curious about My Memories of a Future Life. If anything more transpires I’ll blog about it (you bet I will), but these are opportunities I’d welcome a publisher for. (Any other offers, I’m all ears!)

Publishing and selfpublishing is now a spectrum. Most writers will zip up and down it, according to where a project fits.

Workshop at the London Author Fair: that’s Dave looking thoughtful on my left!

Don’t be in a rush! Although modern selfpublishing tools let you revise and tweak a naive edition, you cannot edit your reputation.

Most first-time writers map out a schedule for publishing their book, but don’t appreciate how long it will take them to work through issues found by the developmental editor. With first books I often recommend extensive changes and rethinks, or find the writer needs to grasp a technique better – but they’ve already made a plan to get the book onto Kindle in just a month.

What makes it worse is when they see their writer crowd posting on Facebook or Twitter about rattling through their drafts, launch dates etc. I have three things to say about that:

3 They might be about to release a book before it’s fit to be published.

I said this yesterday to my Guardian masterclass: when you’re making a schedule for publication, think of your first book as your training wheels. Until you’ve had the editor’s report you don’t know how much work your manuscript needs. For subsequent books, you’ll work smarter, you’ll have a sharper technique and you’ll be able to gauge how long everything will take. But don’t make a timetable for your first book and then discover you haven’t left enough weeks – or months – for a thorough edit.

And this: don’t be swayed by someone else’s schedule. Find the schedule that fits you.

Thanks for the pics, Official US Navy Imagery, Joanna Penn and London Author Fair

What advice would you give to the 2014 writer? Let’s share in the comments