Posted by Roz Morris @Roz_Morris in self-publishing on December 1, 2014 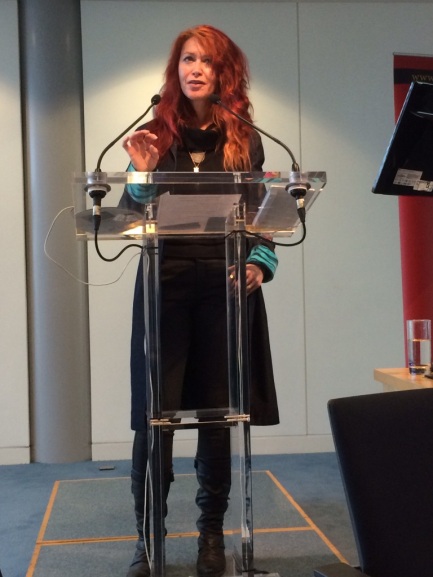 As you might have seen from various flurries on Facebook and Twitter, last weekend I gave a talk at the Writers & Artists selfpublishing event in London. There are some interesting discussion points I want to share, and some of you will have crawled out of Nanowrimo and won’t be in the mood for a giant reading task, so I’ll be posting them in short bites over the next 6 days.

My task at the event was to explain the various steps of editing and why they were important – developmental editing, copy editing and proof reading (here’s my post on a publishing schedule for indie authors ).

This care with the book content was an absolute gold standard for the day, and was stressed over and again – guided rewriting with expert help, and attention to detail.

JJ Marsh of Triskele Books  in her talk on how their collective works, said that the combined critical talents of her fellow authors had made her books far better than she could have made them on her own. Psychological thriller writer Mark Edwards, women’s fiction author Talli Roland all talked about the people who helped shoulder the responsibility of getting the book to a publishable standard. Jon Fine, director of author and publisher relations at Amazon, cut to the chase by quoting thriller selfpublishing phenomenon Joe Konrath : ‘Don’t publish shit.’ (Next time I’ll just say that.)

Some of the delegates didn’t need to be told anyway. From a show of hands, roughly a fifth of them had already been working with editors, in thriving professional relationships where their limits were being pushed and they were being challenged to raise their game. If there’s one advantage selfpublishing can give us, it’s the control over our destiny and artistic output, and many of these writers were committed to making books they could be proud of.

True, good editing comes at a cost. Jeremy Thompson of the Matador selfpublishing imprint gave grim warnings about companies that advertise editing services for just $99. And it probably seems unjust that a pastime that should be so cheap has such a steep price tag. Writing is free as air, after all. But publishing isn’t. It never has been. No manuscript ever arrived at a publisher and went straight onto the presses. It went through careful stages of professional refinement – which takes time and money.

That said, there are ways to get useful developmental help without breaking the bank – here’s my post on 4 low-cost ways to get writing tuition if you can’t afford an editor.

Thanks for the picture, Henry Hyde

Tomorrow: how long to allow for rewrites
Have you worked with an editor or critique partner who helped you improve your book? Or perhaps the opposite….? Let’s discuss!

Posted by Roz Morris @Roz_Morris in Book marketing, How to write a book, Interviews, podcasts on October 29, 2012 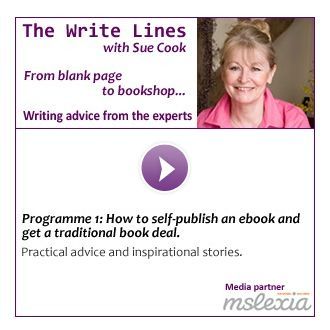 When I was first discovering blogs – and looking for a home for my own fiction – I discovered The Write Lines on BBC Radio Oxford. Presenter and novelist Sue Cook brought together experts from UK publishing to give advice, information and resources for new writers.

Fast forward through a few revolutions and the latest series (now a podcast) is exploring indie publishing – both as a leg-up to a traditional deal and a viable option in itself. Some of the authors whose blogs I was reading as the first series aired are her experts this time – including Nicola Morgan and Catherine Ryan Howard – and me. I feel like I’ve graduated. Exciting times…

In my episode I’m sharing a studio with indie superstars Mark Edwards (one half of the Edwards/Louise Voss partnership) and Mel Sherratt. You can either listen on the site or download….