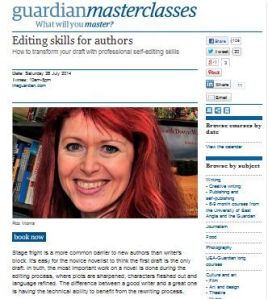 Yesterday I was teaching a course for Guardian newspapers on advanced self-editing for fiction writers. My students kept me on my toes and I thought I’d explore their most interesting questions here. There are quite a few of them, and the weather is too darn hot, so instead of giving you a giant reading task I’ll be posting them in short bites over the next 7 days. 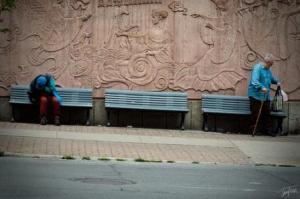 Three/four-act story structure – how strictly must you stick to it?

Briefly, most stories have a beginning, middle and end, and seem to work best when the major turning points are at 25%, 50% and 75%.

It’s a formula followed by Hollywood screenplays, and it’s certainly useful for novelists – but as a guideline, not a hard rule. In novels it probably won’t matter if you begin your climax at 80% instead of 75%. If you begin at 90% the ending might feel abrupt because you might not have time to come down the other side. You might also have too much of a lull beforehand. On the other hand, it might be perfect.

Where the structure rules become really useful is if you spot a problem. If the end seems too sudden, or too drawn out, would repositioning it help?

Let’s discuss! Do you find the three/four-act structure is useful to you, too formulaic? Has it helped you iron out a problem in your manuscript?

Posted by Roz Morris @Roz_Morris in Undercover Soundtrack on November 27, 2013

Music, dead rock gods, psychedelia consciousnesses and the CIA – this novel definitely had to feature on the Undercover Soundtrack. Its title came from a Jimi Hendrix song, and germinated when the writer was just 17 years old. It took him another 15 years to write, though, when an Elvis track kicked his imagination and gave him a vivid scene set in a bar in rural Missouri. The novel is Beyond the Will of God, the writer is Talking Writing columnist David Biddle, and he’s on the Red Blog with his Undercover Soundtrack.

Spoilers – missing the point; a story is more than an ending 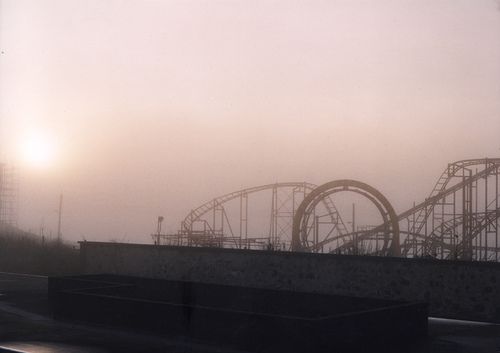 ‘Research has found that giving away the best part of a story at the beginning actually makes it more enjoyable.’ So says a report in Scientific American, August 14 2011.

This study, which you may or may not have seen discussed around the blogoverse, found that revealing the end of a story made people enjoy the whole thing more. Vader turns out to be Luke’s father. Rhett walks out. Reader, she married him.

What’s going on? (Apart from a certain amount of literary vandalism.) And what does this tell us as writers?

The clue is in the statement from the Scientific American report – that the end was the ‘best part’. Here’s where they profoundly misunderstand what we get from a story. There’s a lot more to it than the ending.

Sometimes the ending is obvious anyway. If you think about it, we know Buffy will triumph at the end of each season. The question is how? What, in the course of getting there, will happen to the people she cares about? How will getting to the end change her, her life and her relationships? What reserves will she have to find in order to get to that end-point? What did she fail at, in the beginning, that makes this ending satisfying on a profounder scale than simply beating a bad guy?

A story is more than a mere outcome. The story is what happens along the way.

A real spoiler would give that away. It would home in on the aha moments where the narrative flips direction, or the main character has a realisation that turns everything on its head. When a story does this well, we enjoy them because we earn them, in step with the characters. The pleasure is making the discovery at the right time and in the right place. You could really louse up a reader’s day if you revealed those out of turn.

In fact, some endings sound positively lame, taken out of context. The ending-spoiler of Austin Wright’s Tony and Susan might be ‘Susan reached the end of the book and was suitably rattled’. Big shrug. So what? But read the book  as you’re supposed to, page by page, and you close it as disquieted as Susan. (If you want to know more about the book, here’s my review of it, on Guys Can Read.

The study participants enjoyed a story more after hearing the spoiler?

So we’ve argued with the definition of ‘best bit’. But why did the readers enjoy the story more if they were told the end?

Who knows? The researchers speculated that spoilers made the story easier to follow. But there are stories we enjoy again and again. Second time around we might see things we missed first time, and can also appreciate the moments where the writer foxed you into looking at one hand while they yanked the rug away with the other. Perhaps it shows how much readers enjoy dramatic irony, where they are more knowledgeable than the characters embroiled in the tale. And perhaps it shows that a great story sucks you in and hypnotises you into the journey, regardless of what you remember about it.

It’s not the end that matters most. It’s every moment of getting there.

Thank you, Phineas H on Flickr, for the photo

In similar spirit, I have an ending of my own to reveal – and not a moment too soon, judging by the emails that have been flying into my inbox. The finale of My Memories of a Future Life goes live at midnight, UK time – which means some of you American folks can get it before you snooze tonight. It’s called The Storm. You can find episode 1 here, episode 2 here and episode 3 here. For those of you who prefer print, there’s a print copy tunnelling through the works at CreateSpace to emerge at some point next week. And as always, you can try the first four chapters on a free audio here

Austin Wright, beginning-middle-end, deepen your story, endings, Guys Can Read, how to write a novel, middle, Nail Your Novel: Why Writers Abandon Books and How You Can Draft, Fix and Finish With Confidence, novels, Roz Morris, Scientific American, Spoilers, writing, writing a novel - Nail Your Novel, writing life