As you might know, I’m fond of novels that are bold metaphorical concepts and haunting stories. A few months ago I came across an advance copy of Dear Edward by Ann Napolitano, the story of a 12-year-old boy who is the only survivor of a plane crash. He struggles to find a way to live, having lost everything, including his brother, mother and father. The narrative of his present life is intercut with the hours of the flight, the people whose last hours he shared, who will stay with him for ever. It’s a spellbinding read and I’m thrilled to be able to talk to Ann, keyboard to keyboard, today. 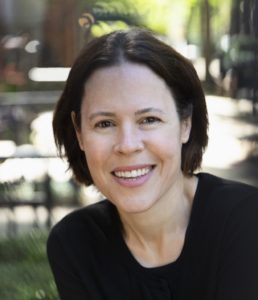 Vital statistics for Ann: she’s the author of the novels A Good Hard Look and Within Arm’s Reach. She’s also Associate Editor of One Story magazine, has an MFA from New York University; has taught fiction writing for Brooklyn College’s MFA program, New York University’s School of Continuing and Professional Studies and for Gotham Writers’ Workshop.

I’ve seen this kind of fiction classified as metaphysical, because the idea reaches beyond the literal, a poetic environment as much as a story event. I’d also say it’s half-way to magic realism.

I’m terrible with classifying literature—in some ways I wish we could do away with most terms. For instance, I know the label of magical realism turns some people off, and that means they’ll never read Love in the Time of Cholera by Gabriel Garcia Marquez (to name just one example) and that’s such a shame, as they would probably love the book.

I see similarities between Dear Edward and Ann Patchett’s Bel Canto, which doesn’t have magic events, but creates a kind of weather where emotional magic happens. Real magic realism?

I see what you’re saying about Dear Edward existing in the same kind of universe as Bel Canto, but I would prefer not to have that universe labelled.

I also object to women’s fiction as a term, since there is no equivalent for men.

I so agree! The term ‘women’s fiction’ annoys me intensely. It’s all fiction. For people. 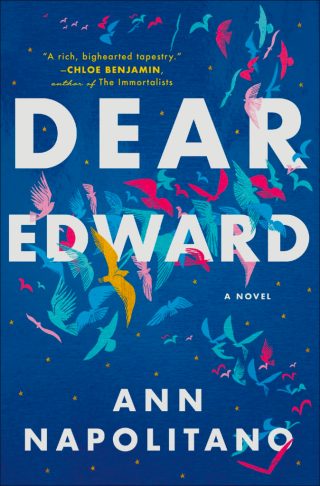 Moving on, what gave you the initial idea?

There was a real plane crash in 2010 in which everyone died except one nine-year-old Dutch boy named Ruben VanAssouw. The flight took off in South Africa and crashed in Libya. The boy’s parents and brother died in the crash, and his aunt and uncle adopted him. The story was big news at the time, and I was immediately obsessed with it. I wanted to know how this little boy could possibly walk away from this level of loss and tragedy. And obviously this obsession became Dear Edward.

How long did it take for you to arrive at the final treatment? I’m just finishing a novel that’s taken me five years and 16 drafts. What’s your process?

I feel for you – Dear Edward took eight years to finish. I spent the first year taking notes and doing research (I don’t let myself write scenes or even pretty sentences during that period) and then I spend years writing and re-writing the first half of the book. In this novel, the plane sections came fairly easily, but I re-wrote Edward’s storyline countless times.

Your main character, Edward, experiences an extreme trauma. His interior experience is so unique, but also so relatable. How did you create this emotional truth? Did you use sensitivity readers?

No – I only just heard this term this year! I have two writers who I met in graduate school—Hannah Tinti and Helen Ellis—and they are my first readers. My husband read the final draft, too, as did my amazing agent. They operated as my sensitivity readers, I suppose?

Dear Edward also contains many technicalities about air travel and flight, especially in the crash sequences. How did you devise the fatal accident? And how did you approach educating the reader so they would understand it? Did you have expert readers to check it?

Luckily, one of my parents’ best friends is a retired commercial pilot, so I interviewed him extensively, and then he read the plane crash sections when I was done writing, to make sure they were accurate. I also read many transcripts of the National Transportation Safety Board hearings after major crashes. And I ended up choosing to model the reasons for Dear Edward’s crash on a particular Air France crash. There was a wonderful Popular Mechanics article about this crash that included the dialogue between the pilots from the flight’s black box. 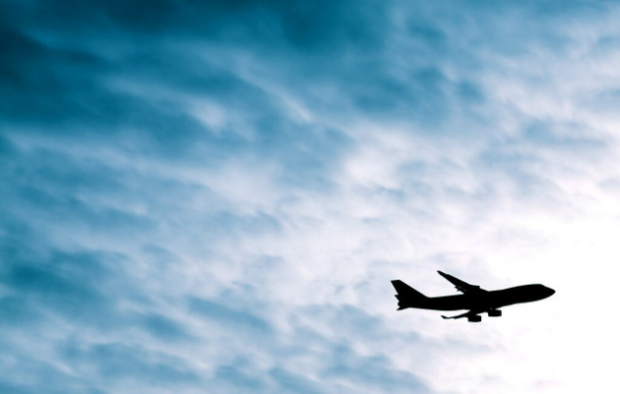 Tell me about your other novels – how did they come about? Are there any similarities with Dear Edward? What would you say your literary signatures are – any themes, types of character, types of situation?

Ostensibly, my three novels are very different. My first, Within Arm’s Reach, is based on my mother’s large Irish Catholic family in New Jersey. A Good Hard Look takes place in the state of Georgia in the 1960s and features the short story writer Flannery O’Connor as one of the characters. But all three books share a theme: how to live a meaningful life.

You have an MFA. What did it do for you?

It did two things:

2) I met two writers, Helen Ellis and Hannah Tinti, in the programme, and we have been each other’s first readers ever since.

I often tell young writers that they don’t need an MFA, but if they can get one without going into any debt, it can be a great way to find your tribe and invest in their own work.

Ann, you teach creative writing. How did that come about?

I started teaching intentionally, when my youngest son was about one years old. I hoped, as many writers do, to teach in order to make some income while writing novels.

How does your students’ work feed back into or nurture your own? Personally I find mentoring and coaching is a surprising learning experience of my own. The work in progress is a privileged place.

I love teaching—as you said, I find I learn at least as much as I teach in any classroom. And it feels wonderful to be in a space where writing, and therefore the stuff of life, is discussed seriously.

You also edit a literary magazine. How did it come about?

One of my best friends, the aforementioned Hannah Tinti, co-founded One Story magazine shortly after we finished graduate school. About five years ago I moved to Brooklyn, and around the corner from the magazine’s office, and almost as a matter of course started working there one day per week. I love working there for much the same reason I love teaching—it feels very nourishing to sit and argue the merits of short stories all day with likeminded writer-editors.

Do you have any advice for writers who would like to submit?

My best advice for submitting to any magazine is to make sure you follow the magazine’s guidelines, and don’t submit a story until it’s truly done. Finish the story and put it in a drawer for two weeks, then read it again and if you still feel like it’s everything you want it to be, then submit.

Thank you! It’s been great to talk to you.

No, thank you for your thoughtful questions.

Thanks for the plane pic, David Spinks on Flickr.

Find Ann’s website here, with all her novels. Find her on Twitter @NapolitanoAnn One Story Magazine is @OneStoryMag  Helen Ellis is @WhatIDoAllDay and Hannah Tinti is @HannahTinti

And if you’re curious about how my own slow-growing novel is going, here’s my latest newsletter