Self-editing masterclass snapshots – ‘My drafts are too brief’ 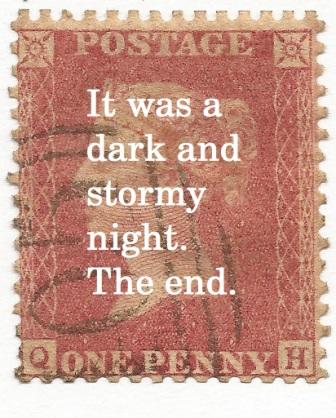 I’m running a series of the smartest questions from my recent Guardian self-editing masterclass for novelists. Last time I discussed how much extra material we might write that never makes the final wordcount. Today I’m looking at the opposite problem.

‘My drafts are too brief’

One writer in the class confessed that he had an uncommon problem – his drafts were quite brief. While most of us had fluff we needed to cut, he never did. Which was an interesting problem. (It turns out he’s not alone. After last week, I had a number of comments from writers who also found their drafts were on the skinny side.)

Here are some places to pump up the pagecount –

And here’s a post I wrote about turning a short story into a novel, which includes a link to another post about filling gaps in your story outline.

But back to my student. The key to his problem was rather more interesting, and came later in the day. We were talking about moments when your story might need downtime – say, to give the reader a breather after a sequence of shocks and reversals. Sometimes you need a moment of light relief or a chance for the characters to relax and bond. In movies this is often called a campfire scene. My student made an interesting comment – he understood the need for such a scene but found them boring.

Are you a bit bored by the scenes you’ve planned to write?

If you don’t find the scene interesting, you sure won’t get the reader hooked. We know we’re not always the best judge of what is interesting – look at our fondness for indulgent scenes, aka the darlings that must be killed. But an absolute rule is that we must not write a scene we’re not committed to. If we can’t muster a bit of enthusiasm, no one else will.

This led to another discussion – about how we often need a scene to form a particular function but feel disinclined to write it. It’s usually for continuity or story mechanics, but the thought of writing it … zzzz. The answer, obviously, is to find an exciting angle. Find an unlikely setting. Or add a person who mustn’t know what’s going on. Unruly animals are good value. Introduce a factor that lifts your bog-standard, box-ticking event into the unusual. Or consider whether you could despatch the business in a simple line – ‘they flew to the Bahamas’. (Although that isn’t going to solve your problem of a short manuscript. In that case, return to the above.)

Repurpose your flabby scenes to give them new life

One of the exercises we did on the course was a beat sheet. This is a scene-by-scene summary of the entire book, noting the scene’s purpose and what it adds to the story. (Lots more about it in Nail Your Novel, here.)

My student here had another interesting insight. He looked at his own beat sheet and remarked that several sequences in his novel didn’t have that sense of forward progression. Things were happening, but they weren’t moving the story onwards. (What did he say about not having fluff he needed to cut? After looking at his story’s pace, it turned out he did. He was thinking about events, instead of what took the narrative forwards. It’s strange how we can confuse the two.)

Aha, many of us said.

You’ll probably want to trim those out, I said. But you know what? You can repurpose them – perhaps for a subplot, or those downtime scenes. Perhaps rewrite them with a lighter flavour, or use them to demonstrate how characters are bonding. They’re probably events that you were interested to write but are surplus to the main story thread. So use them to enrich the story in other ways.

Thanks for the stamp, Smabs Sputzer
Next time: characters are grief stricken – how do I stop that becoming monotonous?

There’s more about exercises to build and refine your story in Nail Your Novel: Why Writers Abandon Books & How You Can Draft, Fix and Finish With Confidence. More posts here about insights from my Guardian masterclasses.
Have you ever had to make a story longer? How did you do it?

adding subplots, adding to your wordcount, beat sheet, Guardian masterclass, how to edit your novel, how to make a story longer, how to write a novel, professional editing tips, self-editing, what belongs in your story