Publish traditionally, solo self-publish or something else? Advice for the 2015 writer

Posted by Roz Morris @Roz_Morris in How to write a book, self-publishing, The writing business on January 4, 2015

Last year I wrote a post about whether I’d advise an author to publish or selfpublish. A year on, the landscape for authors is remarkably different – or perhaps not remarkable if you’ve been waiting for a bubble to burst.

Indie authors have seen sales plummet because of the sheer numbers of books available, and subscription schemes such as Kindle Unlimited have created a breed of readers who won’t shop outside a limited free list.

Might this mean it’s better to be traditionally published?

Not from what I’ve seen. My friends with trad deals aren’t having a good time either. Leaving aside royalties and advances (which seem to offer little financial reward for all the hard work writing), their books aren’t getting a decent chance for a long-term future.

A friend whose first novel won a major award in 2012 has just watched his fourth novel launch with no more fanfare than a tiny paragraph in a Sunday paper. His only other support was a training day on a social media course. And don’t even ask about rights grabs – where authors might wait years to reclaim a book to publish it themselves.

Tough times, my friends. So savvy writers will be looking for smarter ways to publish.

Since my last post about this we’ve seen a growing trend for indies to work in collaboration, teaming up with similar authors to release box-sets of ebooks, finding partners to exploit other rights such as translations or audio (either via ACX or other means – here are my posts on my own collaboration with my voice actor Sandy Spangler). Collaborators might be paid up front or in royalty splits. Further back, indies have collaborated by teaming up to create products (like my course with Joanna Penn, now unfortunately nuked by EU VAT rules) or forming long-term collectives (Triskele Books, itself a collective, has been running a series on various well-established collectives ). Joanna Penn has a mighty post about joint ventures with other creatives.

And that’s just the start. I think the authors of 2015 will be watching out for advantageous ways to partner up and we haven’t seen the half of them yet.

Better together
Indies who collaborate get
• shared marketing muscle, to connect with more readers
• shared expertise (editorial feedback, blurb and press release writing)
• shared contacts (editors, proof readers, designers)
• a shoulder to cry on, behind the scenes – and tough love when necessary too.

Does it sound familiar? Indie author collaborations are attempting to create the best of what a traditional publisher does. And this means we should…

No one I know writes a book to sacrifice it to a bad deal (see my remark about rights grabbing above). On the other hand, no one wants to turn down an opportunity that would be good, as far as can reasonably be forecast in a world of fickle readers and luck.

So this is what I’d say to the 2015 writer who’s asking my advice on whether to selfpublish or query traditional publishers.

1 Whether you intend to go indie or not, learn about selfpublishing

– then you’ll know how to weigh up the value of a publishing deal. As well as the advance (which usually won’t cover the time you spent writing), a publisher offers editorial guidance, copy editing and proof reading, cover design as appropriate for the audience, print book preparation, publicity using their contacts and reputation, print distribution.

Some (not all) are easy to source yourself or make good decisions about. Some can’t even be priced, like the publisher’s reputation – but see my remark above about the award-winning writer with his latest launch. Some of that value might be emotional – the confidence that everything has been done properly. This may not be as guaranteed as you think. There are traditionally published writers who sell enough to get meticulous attention from publishers, and others who get a tired, overworked editor who simply doesn’t have time to do the job as well as they’d like.

The more you know about selfpublishing, the more you can assess a publisher’s value as a partner. If you have tried to produce a quality book yourself, you’ll have a realistic idea of the value a publisher adds – or whether you can do well without them.

2 Be aware of the limits of traditional print and distribution

Distribution of print books is an area where traditional publishers have a clear advantage – (however, the Alliance of Independent Authors is working on a print sales project for indies ). Books in a publisher’s catalogue get promoted by a sales team. You get the heft of their mighty reputation! Result!

But let’s have a reality check. Go into Waterstones or another large book emporium. Look along the shelves where the books are spine-outwards. How many are there? Which ones catch your eye? Probably none of them. They’re the store’s wallpaper. You’re already cover-drunk by the time you’ve passed the books on the tables or in the window or in special display boxes. 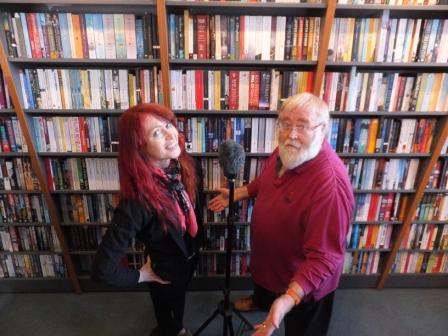 A book in a store needs more than a meek slot in the alphabetically-ordered shelves to be discovered by a casual browser, no matter how beautiful its title or cover. So even if your book is going into big stores, it’s unlikely to be found unless it gets special prominence – both in the store and in the wider world. For that, the publisher has to spend money. Independent bookstores are a different matter as the selection is smaller and more personalised, but you still have to hope your book gets emphasised by the sales reps or the store will never hear about it.

Some publishers are experimenting with partnering deals, where an author who is experienced in production keeps control of some stages of the editorial process. I like this model very much – it seems a good way to use everyone’s strengths.

Publishing and selfpublishing is now a spectrum. Most writers will zip up and down it, according to where a project fits.

Don’t be in a rush! Although modern selfpublishing tools let you revise and tweak a naive edition, you cannot edit your reputation. Take your time. Do it properly. You’ve got a lot to learn – about writing to a publishable standard and about publishing itself. The world will wait – but it won’t forget if you mess it up. See my post here about leaving enough time to use editorial feedback.

The selfpublishing world is maturing. Suddenly I notice there are a lot of us who have been in this game a few years now, building solid reputations and devoted audiences. I think 2015 will be the year of the exciting collaboration – with other authors, with translators, with artistes from other media (such as voice actors). Perhaps with editors too.

We’ll choose what’s best for each book. We’ll also get more expert at putting a realistic value on contributions, including those of traditional players in publishing, both imprints and agents, and with luck this will lead to deals that are fair and fruitful.

Writing may be solitary. Publishing – and selfpublishing – doesn’t have to be.

Thanks for the dancer pic Lisa Campbell

The ebook of Writing Plots With Drama, Depth and Heart: Nail Your Novel is now available on pre-order. It will go on live sale on Twelfth Night, 5th January, and if you order beforehand you can get a special pre-order price.

AFTERWORD Since I first published this post, Peter Snell and I recorded an edition of the radio show in which we interviewed two founders of an authors’ collective, Triskele Books. They gave us the lowdown on how they formed, how the collective works and the pros and cons. Listen by clicking the clever thingy below.