I self-published – should you too?

Posted by Roz Morris @Roz_Morris in How to write a book, self-publishing, The writing business on November 19, 2011

‘Are you glad you self-published your novel?’ said Stacy Green to me, in the secret passages of Twitter.

‘Totally,’ I replied. Although I would say that, wouldn’t I?

Stacy replied: ‘I’m in the early query process and wondering if I’m making a mistake.’

‘Stacy, I think you should carry on querying.’

An answer that might sound like I’m being disloyal to the indie cause. But here’s my reasoning.

It’s early days yet for Stacy. Yes, querying is wearying, but it’s the way to tell if your novel is up to professional standard. Yes, it may take a ridiculous while before you get a reply – publishing turnaround is like sending messages to the distant reaches of the solar system.

I still believe everyone should try to get representation first, if they’ve never been published before or don’t have a ready-made audience.

Never forget, writing is a self-taught art. There is so much to get right in a novel and so many ways we can be blind to our book’s faults. This is entirely understandable. You remember when your novel was a scrap of paper with just one idea. You remember learning, from the bootsoles up, how to make it into a novel. You’ve quarried for depth, trampled the rough spots and polished over and over. You’ve developed brilliant and stylish marks of your individuality as well. Compared with when you started, you now feel like an expert – everyone does. Now, you need outside, experienced input.

You can of course hire an editor, and an editor who is a good fit for you can certainly give you a lot of help and guidance. You can trade with beta readers. But the final book is down to you. If you want to cut it in the marketplace, you have to try in the marketplace. And that generally means seeking representation – or publication via the smaller presses. (Although why would you aim small to start with?)

Yes, you may be rejected because your book is unusual, or an unfashionable genre. But if you made the grade, the rejection will tell you this – even if it’s just a few short lines. They always do. If you’re getting form rejections or never hear back, you probably still need to do some work. And that tells you you shouldn’t self-publish. Of course it does.

Waiting for this feedback takes a long time. But while you’re waiting, get started on another book. You’ll need it sooner or later. And aren’t you itching to put all you learned into practice?

I didn’t self-publish until my novel had wooed an agent. (I didn’t have an agent for my ghosting). She took my novel around the publishers, who said ‘it’s fascinating but we don’t know how to sell it’. At that stage, I could have left it locked behind the gatekeepers’ portcullis, or changed it into a conventional thriller (some of the feedback I got). I wasn’t having that.

Am I glad I self-published? More than I ever imagined. Every word of feedback from readers brings my novel to life and gives it a place in the world. For which, thank you.

But going it alone means doing all the selling. That’s no bed of roses. It is much harder for me to prove the book’s worth. If you have an audience amassed, no problem. Few of us do, so we rely on reviews to spread the word to new readers. Ideally we want to be reviewed alongside traditionally published novels that would be next to us in a shop. But it’s not a level bookshelf. Indies are still regarded sniffily in most quarters. (One review I did get, on For Books’ Sake, said My Memories of a Future Life was ‘so original and odd it’s in a class of its own’. I’m going to put that on a T-shirt, of course – but artistic pride aside, how does anyone sell a book like that? No wonder publishers wanted it tamed. Still, that’s my problem now.)

New authors, I urge you to test your book in the market first. If you get an offer and you don’t like it, you can always turn it down.

(Thanks for the pic, Muckster)

How to write a novel – in-depth webinar series with Joanna Penn of The Creative Penn. Catch up on the first seminar and sign up for the rest.  Find more details and sign up here.

Nail Your Novel – my short book about how to write a long one – is available from Amazon.

My Memories of a Future Life is now available in full. You can also listen to or download a free audio of the first 4 chapters over on the red blog.

agents, fiction, how to get published, how to sell books, how to write a novel, My Memories of a Future Life, Nail Your Novel: Why Writers Abandon Books and How You Can Draft, Fix and Finish With Confidence, novels, publishers, publishing, querying, querying an agent, Roz Morris, self-publishing, small press, unpublished, writing, writing a novel - Nail Your Novel, writing business, writing life

How to write the right blurb for your novel – guest post at Do Authors Dream of Electric Books?

Posted by Roz Morris @Roz_Morris in Book marketing, Kindle, My Memories of a Future Life, self-publishing, TARDIS on September 20, 2011

Ooh, a TARDIS. Because a novel is like one, which you realise when you have to condense its loveliness into a 150-word blurb. From the inside, it’s enormous, labyrinthine. From the outside – a virtual bookshelf, a description to a prospective agent or publisher, or a casual chat at a dinner party – it’s got to look manageable.

Today, at Do Authors Dream of Electric Books, I’m explaining how I squeezed my novel’s multiple dimensions into a convenient, transportable box.

Posted by Roz Morris @Roz_Morris in self-publishing, The writing business on June 10, 2011 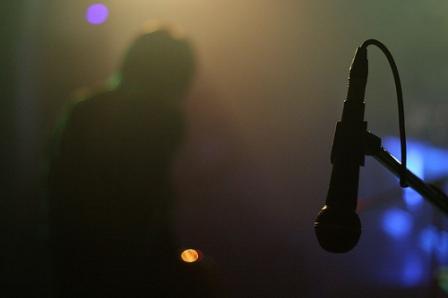 As publishing becomes increasingly like the music industry, should you self-pub to kick-start your career?

I’ve had an interesting question from Stacy Green.  ‘An online writing friend is going to self-publish a novel to build an audience, and then submit a second book to agents. What do you think’

The writing industry has become like the music industry. Writers are starting their careers not by  genuflecting at the desk of an agent or a publisher, but by getting out on blogs and websites, gathering like-minded folks on Twitter and Facebook. Effectively we’re gigging.

With Kindle books so cheap and so instantly available, it makes sense to have a book to prove ourselves with as well.

But should you self-publish a novel while you’re building your audience?

Is it spoiling your chances of a proper deal?

Six months ago I’d have said it was. But a few trailblazers have changed the world. Crucially, they have proved to the sceptics that self-publishing isn’t for slushpile losers. Traditionally published authors who retained their e-rights are putting their backlists on Kindle, showing that ‘proper’ authors self-publish too. Some agents are thinking of doing it for them.  Some authors are ditching their publishers and going it alone, or bringing out their more off-piste work themselves. And there’s that Kindle millionaire Ms Hocking. Yes, she’s in a minority but a lot of people took notice.

If you self-publish a novel, is it written off?

Agents warn that if you self-publish a book you won’t get a deal on it, ever. However, a few self-published authors have had offers for foreign rights. Again, they are in the minority, but it does happen.

For the vast majority, though, no publisher will touch the novel that’s been self-published.

That might not matter. Traditional publishing deals hardly pay very much these days so your earnings might not be much different if you keep all the rights for yourself. If you secure a deal for your second book, that will expose you to a wider spread of readers. If they like you, they will probably seek out your first book and won’t care where it came from. And so your first novel will not be sacrificed into a void.

Last night I was talking to a former agent and publisher who told me about the soul-destroying business of acquisitions meetings. He and his fellow editors would be passionately championing a book but just one veto from the marketing department could reject it.

The major publishers, he said, will only take potential best-sellers. Market is what speaks to publishers now, even more than merit.

Of course, new smaller publishers are stepping in to take their place, but they only publish a handful of titles a year. You might wait for ever. All the more reason to get out and gig your book.

Here comes the nagging. As everyone says ad nauseum (including me), make sure your book does you credit. Don’t toss a novel off so you’ve got something to get started with. Don’t put a book out because you don’t dare query with it, or you suspect an editor would tell you there were flaws. Edit and polish as slowly and carefully as you would for a formal query. Get a professional opinion and treat it like a job.

Authors who have blazed a trail this year have demonstrated that self-published writers are capable of policing themselves. Because of this we all have a better chance than ever before of building a career this way. But only if we all set our standards high.

Thank you, Hoong Wei Long for the photo.

To Stacy’s friend I say: good plan. If you have a book ready to gig, go for it.

What would you say?