‘A sense of collective trauma across a century’ – The Undercover Soundtrack, Suzie Grogan

Posted by Roz Morris @Roz_Morris in Undercover Soundtrack on January 21, 2015

My guest this week is a writer of non-fiction. Her book is an exploration of the legacy of the World Wars on mental health – the soldiers who developed shell shock, broke down afterwards or endured their nightmares in silence. And those on the home front too, the families torn apart by grief or traumatised by air raids. Her soundtrack is honest and searching, seeking a way to do justice to a tough subject. There is the gentle despair of Nick Drake, the Question of the Moody Blues, and a reading of Wilfred Owen by Kenneth Branagh. The author is Suzie Grogan and she’s on the Red Blog with her Undercover Soundtrack.

Posted by Roz Morris @Roz_Morris in Undercover Soundtrack on December 17, 2014

This week we have a seasonal Undercover Soundtrack – and one that examines the imaginative lengths a writer has to go to. When you hunker down to read a Noelish tale on a snuggly sofa with snow at the windows and a fire crackling in the grate, spare a thought for the writer, who was probably in flip-flops and T-shirt, shutting the curtains against the sun blazing on her laptop screen. Such was the lot of this week’s guest, who began writing her Christmas collection of off-beat romance stories in July. She says she relied heavily on music to create the mood – and risked husbandly disapproval (though he didn’t mind the unseasonable baked goods that were also necessary). So are we about to drag you through the infuriating radio canon of Slade, Mariah and Bing? No, let me reassure you this Soundtrack is a dignified collection, with Katherine Jenkins and Sarah Brightman. Mostly. Drop by the Red Blog to meet Jan Ruth and her Undercover Soundtrack for summoning Christmas in July.

‘Music is a ritual of invocation’ – The Undercover Soundtrack, Alice Degan

Posted by Roz Morris @Roz_Morris in Undercover Soundtrack on September 3, 2014

I find it so interesting how one novel’s soundtrack can absorb so many styles.  My guest this week has written a supernatural mystery wrapped up in a 1920s comedy of manners and her soundtrack is a glorious tour of classical, folk and madcap jazz. Even more interesting, she uses Thomas Tallis – as my guest did last week – but with such a different outcome. We all operate in our own key of creativity, which is one of the wonders of this series for me. Anyway, this week you can enter the classical, folky and knock-bones skelly-shaking jazzy world of Alice Degan – with her Undercover Soundtrack on the Red Blog.

Posted by Roz Morris @Roz_Morris in Undercover Soundtrack on March 26, 2014

You could divide my Undercover Soundtrack guests into those who aren’t put off by lyrics and those who are. My guest this week is one of the latter. He says that music with lyrics is too domineering when he’s trying to write – but that orchestral or ambient electronic music sets his imagination free to roam. His novel is a quirky noir of dirigibles, automata, back alleys and a hardboiled hack (the bipedal journalistic sort, not an equine), and his central character was honed by long hours simmering with Hans Zimmer’s soundtrack for The Dark Knight. He is Aaron Sikes and he’s on the Red Blog with his Undercover Soundtrack.

Posted by Roz Morris @Roz_Morris in Undercover Soundtrack on December 4, 2013

My guest this week says that for the first part of her life, performing music was everything to her. She spent most of her teenage years singing two-part harmony with her sisters and was set for a career in music when a bout of depression wiped out her desire to perform. During her recovery she began to write romantic comedy, which seemed a natural way to use her awareness of pacing, rhythm, texture and emotion, those innate senses that help us master the reader’s experience. Now she uses music for companionship while she writes and to put her into a creative state of mind. She is Kirsty Greenwood, romantic novelist and founder of the site Novelicious, and she’s on the Red Blog with her Undercover Soundtrack.

Posted by Roz Morris @Roz_Morris in Undercover Soundtrack on November 13, 2013

I’m delighted that this week’s guest has included Olafur Arnalds’s album Living Room Songs in his Soundtrack. I discovered it from another guest here, and it got me like a snakecharmer’s pipe. While I’ve been mainlining it to brainstorm The Mountains Novel, my latest guest has been using it to create an environment of conspiracy, calm and sexual tension for his novel Red Lory. He says he puts music on to act as a metronome, guiding his voice while he concentrates on the  sentence formation and world-building. He’s also inspired by the way songwriters pack so much into a tight space, which drives him to make his prose more vibrant and potent. He is literary novelist Dave Newell and he’s on the Red Blog with his Undercover Soundtrack.

‘Two pieces of music; two essential sides of the human self’ – The Undercover Soundtrack, Dave Morris

Posted by Roz Morris @Roz_Morris in Undercover Soundtrack on May 9, 2012

My Undercover Soundtrack guest this week is unusual for a few reasons. One, his book isn’t on paper at all, it’s a digital interactive app. Two, it’s a critically acclaimed reworking of Mary Shelley’s Frankenstein that allows the reader to dig into the story’s emotional and social questions. In writing it, author Dave Morris says he ‘wanted to reach out and drag the modern reader right into the text’ – and he used music to reveal the tragic misunderstanding at the core of the monster’s story. (And if you’re wondering about the match in surnames, reader, I did indeed marry him.) Do join us at the red blog for Dave’s Undercover Soundtrack

‘These songs infused my writing with the freedom Vivian experienced on that vivid night’ – The Undercover Soundtrack, Mary Vensel White

Posted by Roz Morris @Roz_Morris in My Memories of a Future Life, Undercover Soundtrack on January 31, 2012

My Undercover Soundtrack guest this week has had a start many writers would envy. She posted her novel on the HarperCollins writer community Authonomy and this week it will be the first release under the new Authonomy imprint. That novel is The Qualities of Wood, the story of a couple who swap city life for the country, becoming enmeshed in a mystery that has far-reaching personal consequences. Join me on the red blog, where Mary talks about the music that went into her novel’s making and informed her characters’ journeys.

Authonomy, deepen your story, having ideas, how to write a novel, inspiration, literary fiction, Mary Vensel White, music for writers, music for writing, My Memories of a Future Life, Nail Your Novel: Why Writers Abandon Books and How You Can Draft, Fix and Finish With Confidence, novels, publishing, Roz Morris, soundtrack, The Qualities of Wood, The Undercover Soundtrack, undercover soundtrack, writer communities, writing, writing a novel - Nail Your Novel, writing business, writing life, writing to music

Back to work – reboot your writing brain after a break 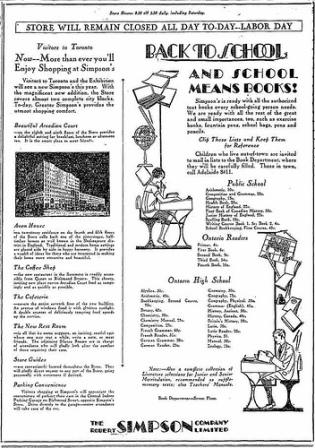 If you took a break from your novel for the holiday season, how will you ever get back into it?

Sometimes it’s good to take a break from our novels – especially at the end of a draft. But those are the breaks we’ve embraced. The purpose is to forget everything we knew about the book. An enforced break? That does the same – right when you don’t want it to.

It’s not that I’m shouting ‘humbug’, but before Christmas I was working through some notes from a publisher and Dave was deep in a first draft. Now, festivities over, we both have to get back into our writing, which isn’t easy. We don’t book many holidays compared with the normally employed, but somehow as departure looms, we grouse more and more about having to stop writing.

To make a good job of a book I need to know its every nuance. I need to understand how every scene and simile will reverberate through the whole thing – the way a note played on a piano is not just one sound, it quivers the strings of the whole instrument from highest tink to lowest rumble. When I come back to my novel after a break, I have to find its harmonics again.

First of all, I make sure I’ve got a summarised version of the book. This could be

(For a full explanation of these, see Nail Your Novel: Why Writers Abandon Books and How You Can Draft, Fix and Finish With Confidence.) I use these documents as cribsheets to reboot my understanding of the novel from beginning to end. The structure, the character arcs, the tick-tock of the timeline, the threading of the subplots. 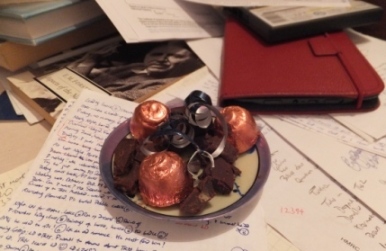 You’ll probably have seen from my other blog that I make soundtracks of mood pieces that have inspired major scenes and characters. Whenever a song snakes out of the radio or my headphones and tells me something about the novel I’m working on, I put it on a playlist. When I’m trying to reintroduce myself to my book, I take the soundtrack for a spin.

In a recent comment here on this blog, Fredrica Parlett made a wonderful remark that I’d like to put on a T-shirt – ‘if I can trust the process and not panic…’ Experience of writing’s ups and downs gives you faith. Faith that you have lost the thread before but you can pick it up again. Courage to get through the first day, when you don’t feel like going back to work after the holidays. Yes, that day isn’t easy. But the next one will be a lot better than you think it is going to be. And before you know it, you’ll be back in the swing.

If you’re thinking 2012 is the year you write your novel, you might like this multimedia short course I co-host with Joanna Penn of The Creative Penn. More than 4 hours of audio with 86-page transcription and slides. And there’s also my book, Nail Your Novel.

Thank you for the vintage ad pic JBCurio

Do you have any tips for getting to grips with your novel again after a break? Share in the comments

back to work, beat sheet, cribsheet for your book, fiction, how to write a novel, index cards, losing the thread, Nail Your Novel: Why Writers Abandon Books and How You Can Draft, Fix and Finish With Confidence, novels, picking up a novel after taking a break, Planning, Plot, polishing, publishing, revising, Roz Morris, soundtrack, synopsis, taking a break, writing, writing a novel - Nail Your Novel, writing life, writing routine