Fictional characters – a lesson from Seinfeld

Posted by Roz Morris @Roz_Morris in Creating a character, How to write a book on July 7, 2017

Dave has recently been developing a sitcom, which has led to interesting conversations about the characteristics of the form. To get a feel for it, we have been watching Seinfeld – and especially the season where they write a TV show ‘about nothing’.

At the risk of sounding precious, this phrase ‘A show about nothing’ seems to be the key to the entire sitcom form. Not just Seinfeld, but sitcoms generally. And more widely – which is why I’m bothering you with it here – I think some of its principles could be used to make all fictional characters a little more lifelike.

So – in a sitcom we generally watch characters in everyday life, doing their thing. There aren’t any big changes in the status quo (and if there are any coming in Seinfeld, please don’t tell me as we’re only on Season 4). The pleasure and entertainment comes from watching the characters deal with endless small stories and challenges, which are mainly caused by their personalities. (Yes, even in Red Dwarf.) It’s essential that the characters become pretty exasperated with each other, but only up to a point – no matter what happens, they continue to rub along together.

The mad neighbour Kramer isn’t going to move to a different block (or if he is, he’ll be back by the end of the episode). George louses up the TV deal with NBC with some agonisingly inept negotiating, but Jerry continues to work and hang out with him.

In Seinfeld, as in most sitcoms, an abiding principle is that life goes on, relationships go on (think of the 1970s BBC sitcoms like The Good Life). Sitcoms are about people being themselves and accommodating each other in an equilibrium of irritation.

Of course, certain characteristics are exaggerated for comedy, but even so, the sitcom is very true to life, and it struck me that we can use the ‘equilibrium of irritation’ to add richness to characters in a story that has a bigger dramatic arc.

Obviously your main characters will go through a big change, but there will be other aspects of life in the story that don’t. These are sometimes underdeveloped – usually because we’ve been looking at the big picture. But instead, they could cause strife that is colourful, charming, exasperating and human. This could give plausible complexity to characters, and depth to the ordinary grift of their lives.

Again, Seinfeld is deliberately amplified for comedy – the neighbour is madder than most neighbours the rest of us have. George is a walking disaster. Seinfeld world isn’t intended to be 100% realistic. But there’s one aspect that I find very realistic – the way the characters rub along day to day.

Here’s an example. On a magazine I worked on, I had a boss who I’ll call Jim. Jim was often alarmed at my zeal for rewriting articles to make them zap. He warned me gently that if I did that, the reporters might become slapdash because they knew I’d do a final polish.

I’d get in a huff, saying ‘I can’t leave the article in that state – look at all that dull repetition’.

Jim would say: ‘Just skim it to check it’s usable. We have a 120-page issue to get out, we don’t have time for fine editing and we need to leave the writing to the reporters’.

Jim’s other sub-editor, who I’ll call Wendy, had worked there for 10 years, knew all the routines, and worked according to Jim’s system. She skimmed the copy for obvious bloopers but didn’t wield the scalpel. But Wendy sometimes missed important mistakes and indeed Jim would often be exasperated at this.

And here we have the Sitcom of Jim. Life would never run smoothly. It had these two opposite characters, who created low-level strife on a weekly basis, and who he probably beefed about to his friends –  Roz who was going to upset the system and make the well-trained reporters think they could hand in rougher copy. And Wendy who knew all the systems but was slow and unreliable. And Jim just had to get along with us as well as he could.

The Sitcom of Jim had no arc or end. It was a set of personalities and values that aligned in some ways and clashed in others, and was utterly intrinsic to who we were. 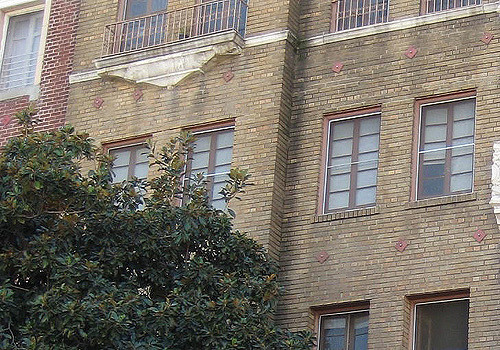 The Sitcom of You

Life is full of dynamics like this, with families, friends, colleagues… All these people in our lives need certain amounts of circumvention and handling. There’s the close friend you can’t tell about your work troubles because they’ll simply tell you to get a different job. There are the old friends who can’t be invited to dinner with certain others because they irritate the bejesus out of them, or have politically incompatible views even though you love them dearly, or whose dietary preferences are too bizarrely restrictive to inflict on anyone else. (I note there’s a Seinfeld episode called The Dinner Party but I haven’t seen it yet – no spoilers, please.) 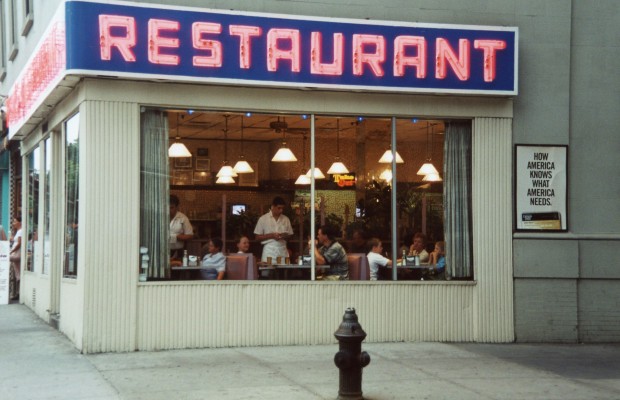 We are all playing the balancing acts of sitcoms in many areas of our lives, and these relationships will keep ticking along in the same constant way. This push-pull accommodation is the stuff of life. And in books, it’s often missing, especially with supporting characters – and so relationships might read as bland and undercooked.

Of course, you have to tailor this kind of material to fit with the tone. I’m not suggesting you add comedy willy-nilly, or deluge the reader with distracting trivialities. You may only need a very small amount of this kind of material. Indeed you might just keep it as developmental notes that let you write the characters with more knowledge, and keep it 90% under cover. Adjust to taste and the needs of your genre.

But this kind of material can create characters that live and breathe on their own, with independent life – instead of plot zombies.

And you never know – as with all developmental work, the sitcom jottings might blossom into something significant.

Thanks for the Seinfeld apartment pic Tony Hoffarth on Flickr

There’s a lot more about character development in the Nail Your Novel characters book.

And you might also like to know that Amazon has chosen the original Nail Your Novel for a special promotion. The Kindle edition is just USD1.99 right now. I’m not sure how long the promotion will last for as it’s controlled by them – so grab a copy now!

Pretend your main character isn’t there

You may have developed your main character, but what would your supporting characters be doing if they weren’t there?

As one novel flies the nest, there’s another poking its beak out of the egg.

Its working title is Echo, but so far it’s nothing more than a concept, some exciting developments I must include and two main characters whose story it is.

But I’m not going to do any more work on those two yet. My next job is to look at the other main characters around them – the people who are important, but whose change and resolution is not on the same scale as the MCs’. Not Lizzie and Darcy, but all the Bingleys, other Bennets, Wickhams et al.

What are they doing without my MCs?

Echo won’t be their story, but I’m going to start with them – and what they want to do if my MCs aren’t there. They will have aims, goals, agendas, worries, people they adore, people they loathe, rivals and scores to settle.

It’s a little like what mystery and crime writers do. They create a murder or other crime, then add the people who are investigating, or feretting out what’s going on, perhaps getting into trouble with it themselves.

Then add MCs… and stir

But my MCs aren’t going to be investigator, observer types. They have needs of their own and will get into the biggest trouble of all. Once I add those to the other characters who already have full lives… it should be a good ride.

Writing in a vacuum

Too many writers get into difficulties because they start the other way round. They have an MC who is minutely drawn but seems to exist in a vacuum. It can be a struggle to write because it feels as if the character is walking through an undecorated TV studio with only the props that immediately fly into the writer’s mind – a milk bottle, say. Or the people who pop up to help something along – a mother or a boss.

To write your MC well you also have to write their world – and the most significant factors in that world are not where the corner shop is, but the lives of the other people. If you make them up as you go along it can be a huge mental effort, especially if you need to create people with credible lives.

So the more complete your other characters are, and their problems, the easier it is to throw in your main one. Also, the supporting players will be less like puppets of the main trajectory.

By seeing what they would do without my MCs, I can make sure that when I throw them in, they really start some trouble.

Start your story as if your characters didn’t exist, then add them – and you’ll have a lot more fun.

What do you do to flesh out your world beyond the main characters? Share in the comments!

Thank you, Atmasphere, for the pic

In case you’re curious, my novel My Memories of a Future Life launches on August 30th!

Character, creating a world, deepen your story, Echo, fiction, having ideas, how to write a novel, inspiration, main characters, MCs, Nail Your Novel: Why Writers Abandon Books and How You Can Draft, Fix and Finish With Confidence, novels, Planning, publishing, Roz Morris, starting a novel, supporting characters, unblocking, world of your story, writing, writing a novel - Nail Your Novel, writing routine