Evidence and verdicts: a simple way to understand show not tell 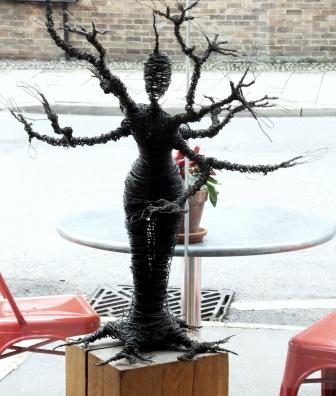 If there’s one major issue I find writers struggle with, it’s the difference between showing and telling. In every developmental report I write for a debut author, I find numerous instances where they would improve drastically by grasping this principle. This week I found myself explaining it again, and as I’ve been watching How To Get Away With Murder, I found myself reaching for courtroom terminology to explain …

It’s all about evidence versus verdicts. Simple, huh?

First, what is ‘show not tell’?

Show not tell is a technique that makes writing more vivid.
• It makes us feel as though we’ve been present as story events happen.
• It’s persuasive when you need to teach us something about a character, an event or even an object. (Was the car dangerous? Don’t tell us. Show it.)
• Show not tell is a great way to explain information or back story in a way the reader will remember – effortlessly.
Showing gets more oomph out of your story events. It lets you pull the reader into the characters’ lives and make them share their hopes, happinesses and disappointments.

So yes: showing is a good thing indeed. 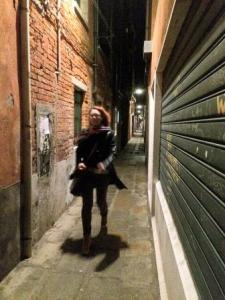 An example
Telling is like this: ‘it was frightening’.

Here’s the showing version: ‘she walked along the dark street. Were those her own footsteps echoing or was somebody following? She reached into her pocket and felt the reassuring bulk of her door keys. Her hand tightened around them; spikes she could use as a weapon just in case.’

Can you see the difference in vividness? ‘It was frightening’ is easy to skim over. We hardly notice it. But the showing version shows you what it was like.

And here’s where I found myself thinking of the courtroom: telling is a verdict; showing is presenting the evidence.

Evidence convinces, persuades. It lets the reader draw conclusions. It gives them a deeper level of understanding. They own the knowledge.

Telling instead of showing

Writers who haven’t grasped ‘show not tell’ try to tell the reader what to think. They present a series of statements or summaries. Here are some typical examples. ‘She was difficult to love.’ ‘He had to be the centre of attention.’ ‘He had a peculiar way of sabotaging his own happiness.’ ‘He was intimidating.’

Certainly these observations are striking, full of nuance and complexity, but they seem abstract. We hardly notice them. But if you present the evidence for those claims, the reader draws the conclusions… and your book starts to come alive.

Other things to consider about show not tell

Sometimes you can add the verdict as well, depending on your style. A character might tell an anecdote (showing) and conclude ‘she never wanted me to have a chance of happiness’, or ‘she was more generous than I deserved’ or ‘it scarred me for life’. Equally, you might leave that unsaid.

Showing requires more effort than telling, and a different mindset, which is one of the reasons writers find it difficult. Most of the time when we’re planning our books, we think in terms of telling. We decide ‘this confrontation will be upsetting’. But when we write the incident at full length we want to inhabit it so that the reader feels the impact. Short version: outlines tend to tell; drafts need to show.

There are times, though, when telling is entirely appropriate. We have to be selective with what we present to the reader. It’s not necessary to show every observation; only those that we want to emphasise. You might say ‘John didn’t like getting up early’ and it’s not something you want the reader to dwell on or digest. In that case, telling will do just fine.

Your reader is a witness

We can add another courtroom word to this discussion: witnesses. Witnesses were first-hand sources. They had an experience. Mostly when we write stories, we want to create them so vividly that the reader forgets they’re looking at prose. There are many elements to this, of course, but a significant part is good use of showing. If an event, a scene or an observation in your outline is important, make the reader a witness to it. 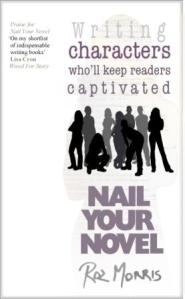 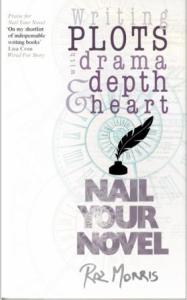 Thanks for the dark street pic, Henry Hyde

Do you find it tricky to show instead of tell? If you’ve mastered the difference, how did you do it? Did you notice you got better feedback from readers? Do you have any tips to help?