Yes, social media DO work for writers – here’s how

Social media are an inextricable part of author life these days – and for some, the value seems dubious. Writers might flog themselves to blog, tweet until they turn blue, but months in, the magic hasn’t happened. Where are the book deals, the viral quantities of fame? Is it worth all the trouble?

I am here to tell you it is. But you may be looking at the wrong things, or have mistaken expectations. Social media have been an absolute transforming force for me, and if the channels were closed tomorrow I’d be howling for their return. So I thought I’d quantify the ways I’ve found it so worthwhile.

Quick background. I’ve been on social media since 2009. My major haunts are Twitter @Roz_Morris  and Facebook. And I blog, obvs. I probably get most of my results from those platforms as they’re where I’m most consistently active, but I also have profiles in the outer reaches of Linked In, G+, Pinterest and Tumblr (see my sidebar).

Networking is, of course, the number one aim. Like all professionals, we make our luck by bumping into the right person. Unless you’re born into a clan of literati, you have to build your own black book. Before social media, that came mainly from real-time encounters – book launches, writing groups, courses, conferences. Now we can strike up relationships without being on a guest list. On the internet, a cat can look at a queen (and will probably be photographed doing so).

And it’s much easier to keep our contacts warm. Quick DMs, text messages, Facebook posts are much less effort than letters, emails or – gulp – face-to-face coffee. Indeed, as most of us perform better on the page than at a party, written encounters probably allow us to be more genuine.

But Roz, you might say. What about the numbers? We might have thousands of friends and followers, and thousands we befriend and follow. Setting aside the times we might use social media just because the contact is fun, is it working for our careers? In that clamour, is anyone actually getting anywhere?

I can only speak for myself, of course. But I know this: my career under my own byline has been entirely generated from social media (if that sentence makes no sense, here’s an explanation). Because I blog, tweet etc, I have sold enough books to make it worth writing more; been offered paying jobs, speaking gigs, editing work and spots on online courses; found supporters among influential figures in the writing and publishing world. And I’ve met fantastic people who have become more than colleagues.

Social media work. But for most of us, the results are best measured in annular rings, not by weeks or months. But look back several years and you start to see a big change.

(Of course, much comes down to how you use it. What to blog about? This post has some ideas.)

But there are other benefits too, and you don’t have to wait for them to mature.

Non-freelances ask me how I stay motivated if I don’t go to an office. I think they imagine I’m running amok watching Breaking Bad or surfing eBay or strolling to the shops or idling away an afternoon with my horse. Personally I’m too much of an obsessive to skive, but if you are too tempted by the distractions of home, social media can create a circle of colleagues to keep you accountable. On Facebook and Twitter, if you look, there are plenty of writers sharing their milestones or their to-do lists. They just finished a draft. Got edits back. Wrote or approved a press release. Signed up for a course. It’s like mini-Nanowrimo community, except you can use it year-round, 24/7.

If you know how to set up lists on Twitter and Facebook, you can assemble a posse of virtual team-mates whose work ethic will spur you to achieve. (And then make a separate list of people to hobnob with in downtime.)

Social media are a tool for book research

Somewhere, one of your contacts (or perhaps more than one) can verify a snippet of research or point you to a trustworthy source. Of course, you might also get misinformed nonsense, but hopefully you’ll have enough contacts for a reality check.

Social media are a resource for reliable advice on publishing, whether traditional or indie

Thanks to social media, the author corps 2016 is a savvy beast. We’re more clued up about fair book deals. We have our eyes open about the pitfalls and pleasures of the many publishing routes. We have access to fantastic watchdogs like Victoria Strauss, the Alliance of Independent Authors. Other terrific places for advice are Joel Friedlander’s The Book Designer and Jane Friedman – generous, knowledgeable professionals who are raising the general level of publishing knowledge for everyone’s benefit.

But there are so many platforms…

Well you don’t have to do all of them. Which platforms should you choose? I only know what works for me, so put these questions to social media expert Adam Waters in this edition of my radio show.

Although social media might seem ephemeral, they are actually permanent. Years on, you might feel a twitch on a thread, and hook a new person. 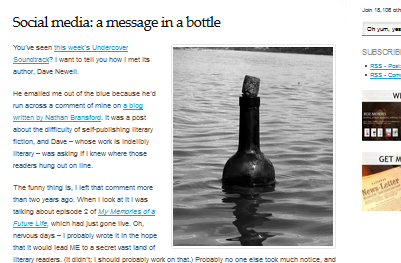 Over to you. What social media platforms do you like? How do you use them? What works for you and what doesn’t? If you look back over the long term, what have social media helped you accomplish? Any questions? Let’s consult the hive mind.

Is that really a publishing offer?

Posted by Roz Morris @Roz_Morris in How to write a book on February 9, 2014 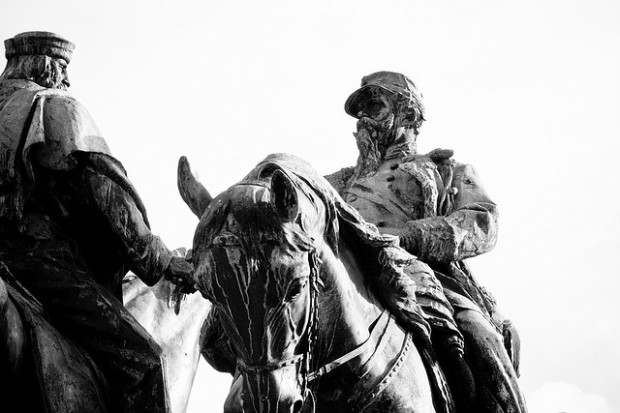 I’ve had this question:

I’d love a traditional publishing deal. I’ve submitted my manuscript to two agents, and while waiting to hear from them I have been offered three ebook contracts – but I’m not sure which way to go. Also, could you quote me a price for professional editing?

I answered the email at length in private, but some interesting issues emerged that I feel might make a useful post.

Three ebook contracts already. Way to go! Some publishers are offering ebook-only deals to authors, and considering print if sales are good. But in the nicest possible way, I was worried about my friend here – because in this market, it seemed unlikely to get that many serious offers and not have secured an agent.

My correspondent sent me the details of the publishers and I checked their sites. I’m not going to reveal their names here as I haven’t contacted them or asked for statements, as you should do in a proper investigative piece. Also, they weren’t attempting to scam or con anyone. They certainly could publish her book. But she didn’t realise they weren’t publishers of the kind she was hoping to get offers from.

One site had several pages about selling tuition and support to authors. There was a mission statement page that included a point about ‘fees’. The others stated they offered services to authors. Publishers – of the kind that my friend here was seeking – don’t use those terms. These people are pitching for business, not offering a publishing contract.

If I were her, I’d wait to hear what the agents say!

But if you do want to use self-publishing services, here are a few pointers. 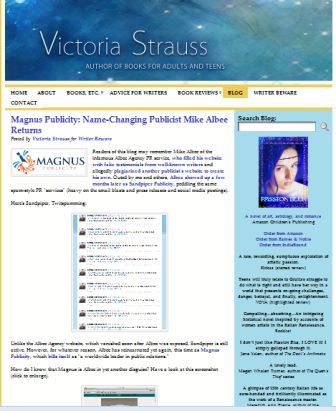 Some publishing services providers can try to tie up your rights so that you can’t publish the book elsewhere. Others will make you pay for formatting and then not release the files for you to use yourself unless you pay a further fee. (I know regular readers of this blog who’ve been caught in these situations.) Some charge way over the market rate as well.

To get acquainted with the kinds of scams and horrors that are perpetrated on unsuspecting authors, make a regular appointment with Victoria Strauss’s blog Writer Beware.

Assuming no nasty clauses, you also need to know if the services are good enough. I’ve seen some pretty dreadful print books from self-publishing services companies. Before committing, buy one of their titles and check it out, or send it to a publishing-savvy friend who can help you make a sensible judgement.

Your best defence? The Alliance of Independent Authors Choosing a Self-Publishing Service will tell you the ins and outs.

Obviously traditional imprints score here because they have kudos and reputation.

And the publishing services companies on my friend’s list were attempting to address this. They emphasised that they were attached to reader communities, or wrote persuasively about how they were in the process of building them.

This sounds good, and let’s assume they are genuinely putting resources in. But communities take years to establish, plus a number of these publishers seemed to be relying on their writers to spread the word. We all learn pretty quickly that we need to reach readers, not other bunches of writers. And if a community is in its infancy, you might be better buying advert spots on email lists such as Bookbub or The Fussy Librarian, depending on your genre. 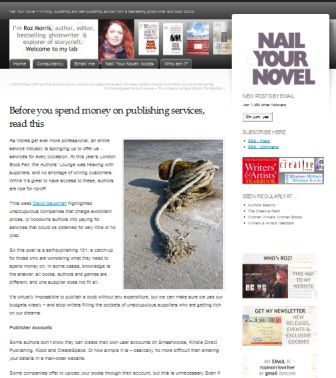 Some of these companies may give you no advantage over doing it yourself. You might be in exactly the same position as if you put your book on Createspace and KDP and write a description that will take best advantage of Amazon search algorithms.

As a novice author, you might not realise how unmysterious these basics are. So don’t make any decisions without reading this post of mine – before you spend money on self-publishing services….     And try this from author collective Triskele Books: The Triskele Trail.

Wait for the agent… part 2

Basically, if you get a proper publishing offer, you don’t pay for any of the book preparation – that includes editing, formatting, cover etc. Which leads me to my correspondent’s final question about editing. This is one of the things a publisher should do! You only need the likes of me if a) an agent says you need to work with an editor to hone your manuscript or craft or b) if you intend to self-publish!

Do you have any advice to add about assessing offers from publishers or publishing service providers? Or cautionary tales? Please don’t name any names or give identifiable details as it may get legally tricky …