It took me years to write my first book. Does it get easier? 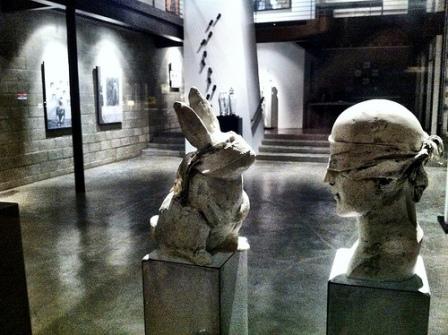 Yes. And here’s what you can do to help it along.

Joanna Penn was writing this week about how she’s smartened her writing routine as a result of what she learned while writing her first novel, Pentecost. I thought I’d share the ways in which I’ve found my own writing sped up from those early, stumbling days.

It’s as if we write our first novel with a blindfold on. We have an idea for a story and off we go, grabbing things, finding they’re not what we thought, discarding them, discovering holes. At some point we pay more attention to learning to write. By the time we roll out a manuscript that will please our most critical readers we’ve come a long way.

Obviously by novel two that learning curve is behind us. We know what a story needs, structurally and emotionally. We appreciate the needs of our genre. We’ve worked with editors or feedback groups and we understand how outsiders see our work.

As I’m sure you’ll appreciate from reading this blog, writers who produce reliably establish a method for getting the work done. I put mine in Nail Your Novel and it seems to work rather well for a lot of people

All that is part of the craft. But there’s the other half of the writing process as well – the creative one. That’s harder to control because with ideas we tend to get what our inspiration gives us. To an extent, we still have the blindfolds on.

When you’re arming yourself to tackle another novel, it helps to look at the way you handle creative problems. You will probably find you hit a number of blocks the first time round, and you can take more control of them now. With a bit of analysis, you can reduce periods where you’re scratching your head because you don’t know what’s wrong or you have no ideas at all. In other words, you can fend off the dreaded block.

Ask yourself these questions

Where in the story did you waste time on things that didn’t work? Were they a particular kind of scene?

How long did it take you to find out what engaged you about your story? Are there questions you could ask yourself to drill down to that more quickly so that you know where your story is going?

How could you have prepared better for writing each scene in close up?

What darlings did you keep on life support that you ended up killing anyway?

Where did you go around loops of a maze instead of taking a straight line?

Where were you lazy – and unmasked by your editors or crit partners?

Where did you contrive situations to get something in that wasn’t going to fit?

Where did you get in a tangle with continuity and could you have made things easier for yourself?

What did your beta readers or editors identify as your weaknesses? What can you do to pre-empt those problems this time around?

What kind of research did you need to do and what was a waste of time?

Thank you, Mockstar on Flickr, for the picture. Have you ever diagnosed where your muse could have worked smarter? If you do it now, what would it tell you? Share in the comments!

Posted by Roz Morris @Roz_Morris in Interviews, Uncategorized on June 24, 2010 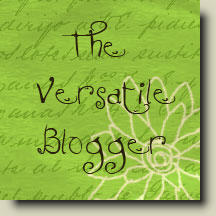 No, this isn’t seven things you didn’t know about pacing, or using tea leaves to solve plot problems. But fear not, to be current I do mention football. In passing. And there is a nice list of great bloggers at the end.
I’ve just been honoured with the Versatile Blogger Award, and so now I have a few obligations to fulfil.

A) Thank and link back to the person who gave me this award: thank you, Charity Bradford, whose blog My Writing Journey I regularly tweet. 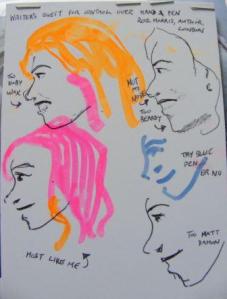 Self-portraits: I don't think they'll ask me to do one again

1. I am an exhibited artist. I took part in a self-portrait experiment at the rather smart
Twentytwenty Gallery in Much Wenlock, Shropshire. Purely as a laugh, because I can never make pens do what I want them to do. I had a few goes in rough first. The first one came out far too small and squished in the corner, but at least there was room for more.

After some time I had managed several versions of myself if played by Ruby Wax, Matt Damon or someone with the wrong nose and a beard. Finally I ran out of space and stamina, so handed in the rough with a title: A Writer’s Quest for Control Over Hand and Pen. Not sure what the gallery made of it… 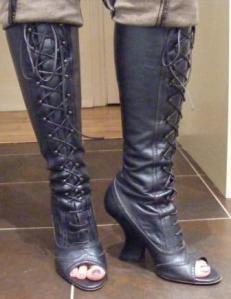 These boots were made for exploring alien planets

2 Readers of this blog will know I adored Doctor Who when I was a kid. Not only did it feed my imagination, I think it also informed my dress sense as I cannot resist outlandish boots.

3 My first published novel was Mirror Image, an MG horror romance in a series
under the house pseudonym Maria Palmer. It is credited as by Dave, but half-way through production the editors changed their mind about what they wanted for the series. Dave had a choice to cannibalise or give them a new book but he had no time for either. So I threw a plot together and wrote it for them. A few minor revisions … and I was a published author.

4 I’m constantly trying to iron out the wrinkles in my craft.

I wrote Mirror Image in 1992 and don’t dare look at it for fear of gauche discoveries.

5 I don’t believe it’s necessarily obvious what gender a writer is. Some of my ghosted titles are written as a man and no reviewer has ever spotted I am not in possession of a Y chromosome. And the ‘Maria Palmer’ project had several male authors pretending to be female. In the case of Mirror Image, no one guessed it was a female author pretending to be a male author who was pretending to be…

The map from the front of The Weirdstone of Brisingamen, showing the house I grew up in

6 I grew up in Alderley Edge in Cheshire.

Nowadays it’s famous for rich footballers, but it’s also the setting of The Weirdstone of Brisingamen by Alan Garner. I used to roam for hours in woods that were full of mysterious caves – the very landscape used in Garner’s Arthurian tale. 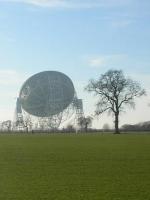 The truth is out there, or something is - Thank you JA Holland on Flickr

7 As a child I was obsessed with the giant radio telescope Jodrell Bank.

From my bedroom window I could see it, far away. Where all else on the horizon was a flat band of blue, there was this great structure of steel, softened by the distance to a fine spiderweb. It moved all the time, reacting to unseeable events in deep space. Sometimes it was a bowl facing straight up into the air. Sometimes a half bicycle wheel. Sometimes it looked directly at me, a giant white eye.

I used to stare at it through binoculars, trying to catch it move. Like one of those experiments that proves the earth is rotating even when you can’t feel it, Jodrell Bank showed the sky was only a thin veil. Beyond was a black wilderness teeming with asteroids, quasars and machines on heroic journeys to other worlds.

C) My third task as a Versatile Blogger is to give the award to 15 blogs I have recently discovered.
This is always hard as I discover great blogs all the time, but these are people I haven’t passed awards on to before or otherwise tortured for personal information. I really hope they play – and put the link in the comments!

The folk at Strictly Writing – yes I know there are eight of them sharing one blog, but I’m sure they’re good enough friends to share.

And guys, do check out Charity’s answers – she had some interesting tales to tell!