Help – my characters are all too similar! 5 tips to make them distinct

Posted by Roz Morris @Roz_Morris in Creating a character, How to write a book, Rewriting on May 10, 2015

I’ve been asked this question twice recently – in a conversation on G+, and by a student at my Guardian masterclass the other week. In both cases, the writers had encouraging feedback from agents, but one crucial criticism: the characters all seemed too similar.

And probably this wasn’t surprising because of their story scenarios. Both writers had a set of characters who belonged to a group. A bunch of flatmates, or a squad of marines, or a group of musical coal miners forming a choir. To outsiders, they probably looked identikit – they’d talk the same, use the same cultural references and have similar aims.

So how can you flesh them out as individuals?

The first step is to assemble your cast carefully. In real life, if you were choosing a team, you’d go for compatibility and congruent aims. For a story, you need to plant some fundamental mismatches that may threaten the group’s harmony.

So, they might seem similar on the surface, but deep down it’s another matter.

Choose as your principals the people who will be most challenged by each other’s personalities and attitudes. They might be in one choir, but they don’t have to sing from the same hymn sheet.

2 Include this in the story

Make sure these differences are exposed by the plot events.

A couple, who might be well matched in other ways, might disagree fundamentally about whether to send their children to boarding school, or whether to take out a loan. Make that a story issue and explore the fall-out. You could give one of your characters a secret that will clash with the group’s overall interests – a drug habit, perhaps, or a forbidden lover.

Or if your characters are embarked on a bigger task, such as solving a crime, make the attitude differences into unsettling background music. William Boyd’s Brazzaville Beach is worth looking at for its distinct bunch of scientists who are living together in a jungle research station (fresh in my mind because I just wrote a Goodreads review).

Aside from the plot conflicts, your characters will express themselves individually in other ways. Think of their temperaments, and how they handle stress. One of them may go to a boxing gym. Another might stitch a quilt, which may seem intolerably mimsy to the pugilist. They’ll have different ways to express humour, or curse. There’s more here about polishing dialogue so that characters sound individual.

4 Keep track of their different outlooks

With my own WIP, Ever Rest, I’ve got four principal players. It’s tricky to hop between so many consciousnesses, so I’ve made aides-memoirs. I have a list of how they differ on important issues such as romantic relationships, ambition etc. Just writing this list produced some interesting insights and clarifications. As always, so much can unlock if you ask the right question.

Actors sometimes talk about how they don’t know a character until they’ve chosen their footwear. In a similar way, you could walk in your characters’ shoes by choosing a simple characteristic. Perhaps one of them wears glasses. One of them walks with a slight limp. One of them always worries about losing things. A small detail like this might help you remember how their experience is distinct.

Another fun tool is to collect pictures of strangers. You know how we’re told not to judge by appearances? Tosh. We can’t help it. And this instinctive trait becomes very useful when we create people out of thin air. Look through photos of strangers and you probably make instant – and of course erroneous – assumptions of what you’d like and dislike about them. It’s okay, no one will know. You don’t have to tell your mother. Here’s a post I wrote about this in detail.

You don’t have to get everything right in one go. And we don’t have to revise a book in one go, or in chapter order, either. We might need a particular mindset to write one of our characters, so it might help to work on all their scenes in one batch.

There are tips on creating characters in Writing Characters To Keep Readers Captivated and on using characters’ personalities to create your plot in Writing Plots With Drama, Depth and Heart.

You also might like this episode of So You Want To Be A Writer, where bookseller Peter Snell and I discuss whether fictional characters have to be likable. Click this thingy for more (plus an audacious cover of a Prince track… no, not by us)


And meanwhile, let’s discuss – have you had feedback that your characters aren’t distinct enough? What did you do about it? Do you have any favourite examples of writers who do this particularly well? 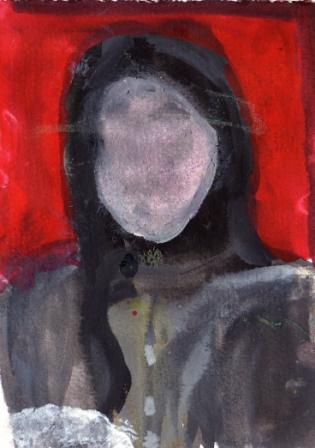 I’ve spent the last couple of days blocked about a scene in Ever Rest. Solving it became a bit of a saga – and an unexpected and rather important answer.

The first symptom I noticed was irritation. A character in a scene I was revising was annoying me. I quickly figured out why. In previous scenes I’d been writing from her point of view. Although I had a strong idea of what she wanted from the inside, when viewed by another character she was a blank nothing. She didn’t feel like real flesh and blood. I couldn’t describe her.

(I’m not talking here about whether her eyes are blue or she likes sharp suits – the physical attributes we can bestow almost without thought. I mean the essence of her. A good character description makes you understand what it’s like to be in their presence. For instance: this is from William Boyd’s Brazzaville Beach, which I’m currently reading:

She had unusual eyes, the upper lids seemed heavy, as if she were dying to go to sleep but was making a special effort for you… She was very thin. I imagined that in the right clothes she would look elegant. I had never seen her in anything but a shirt and trousers.’)

A presence
So I needed to give my nebulous character some physical heft to make her more real. I considered which actress might play her in a movie, no one seemed right. I considered whether real-life friends or acquaintances had a quality I could borrow to start her off. No one fitted. She remained faceless, presenceless.

A name
Perhaps I’d given her the wrong name, which had then conjured the wrong impression about her. I wondered whether to rechristen to appreciate her afresh. I rolled some possibilities around. None seemed to suit her better than her existing name.

Accessing a difficult personality
I’ve often written characters who I found hard to access immediately; this is the challenge of creating people who are not like you. Gene in My Memories of a Future Life was the stubbornest beast to channel. Writing his dialogue was like trying to guess the desires of an inscrutable and unpredictable monarch – endless patience and guesswork. When I made the audiobook, he gave my voice actor unsettling dreams.

A line she would not say
So I did what I often do in that situation – began editing, guessing new dialogue, and hoped the character would join in. In the first draft she’d asked an important question – and this became the sticking point. Now, she wouldn’t do it.

I tried all sorts of segues to allow it to arise naturally, but it felt fake. I tried the opposite – to let her avoid tackling the situation so that another character could step up. That wasn’t right.

A hole in my knowledge – and the clue

It was clear the problem went much further than her physical presence. There was a hole in my knowledge of her. Despite all the work I’d done on what she wanted or didn’t want, there was something important I hadn’t yet identified. I was writing someone whose true motives and feelings were very unclear to her, and confused. And this scene was bumping up against it.
The lines she wouldn’t say were the clue.

And then I got it. They weren’t my block after all. They were hers. They were the issue she didn’t want to confront – and didn’t realise.

Two days it took me to guess that minx’s heart. But now I have, I’ve pinned her down. I’ve found the inner voice that justified her during this scene. I knew what she’d say. And it fits. It flows. And not just with her, but with the overall arc for that episode of the story. Understanding this question about her was a valve to let the entire narrative flow again.

And so…
I’ve reminded myself of three principles I consistently return to:

And my character? Now she’s not bland at all. She’s in a lot more trouble than I’d suspected.

Has an episode of writer’s block helped you solve a problem? What do you do if a character refuses to enact the plot? Do you have any tips on how you create fictional characters? Let’s discuss!