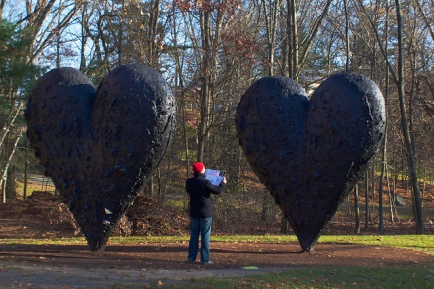 Stories need two hearts. I’m going to call them the warm heart and the dark heart.

The warm heart is the bond we feel with the central characters. It is the pleasure of spending time in their company. I hesitate to call it liking; it may not be so simple. Our attachment may be to just one person and their flaws and troubles, or it may be to a web of relationships. It is affection, but rough-edged. It is warm, but it might not be cuddly. It’s push and pull, trouble and strife, idiocies and idiosyncrasies. But it is where the reader feels at home.

And then there is the dark heart. The dark heart is jeopardy. The shadow at the end of the alleyway. The characters may have other problems in the story. They may fight miscellaneous foes. But the dark heart is an ultimate disturbance that will demand a day of reckoning.

Two long-running TV shows illustrate this in action. Fringe has both hearts. The central characters form a story family. Some of them are bonded by filial ties: the father, Walter; the son, Peter. There’s Olivia, the FBI agent who becomes Peter’s lover. There’s Astrid, a lab assistant sidekick who becomes a close friend. They are the warm heart of the show; the humans who have real and complex relationships and sally forth to do battle. And Fringe has its dark heart. The characters are on borrowed time; every day brings them closer to a confrontation they cannot escape.

By contrast, Doctor Who, whose title character actually has two hearts, only has one of them working.

The story’s warm heart is in good shape. The Doctor and his TARDIS companion always have a vibrant relationship that brings us back week after week. We also get drop-ins from the extended story family: the Doctor’s wife; the occasional friendly alien he befriended while saving them. Previous companions are also available. This creates a galaxy family bonded by experience and affection.

The warm heart beats strongly. But the dark heart does not.

Now that might seem like nonsense. Doctor Who is all about getting into danger and fighting monsters, right? But they don’t treat these as seriously as they treat the character universe.

The threats are often negligible. Too often, the Doctor wins with a gadget, some fast-talking, an asspull or a vague wave of the omnitalented sonic screwdriver. He never has to raise his game to win. And the scriptwriters frequently bend the rules of their own show – thus disrespecting their own universe.

Although each series has an overall arc, which is where the dark heart should be beating its dreadful rhythm, it is false. It never produces a confrontation that will really put the Doctor on his mettle, or that could credibly destroy him. Even if the writers trick it up to look like that, he’s usually freed in one bound, and does not have to go through the wringer.

Because the writers don’t make us believe in the dark heart, the warm heart loses some of its power. You could say this demonstrates that we need the story to be taken as seriously as the characters are. Controversial. 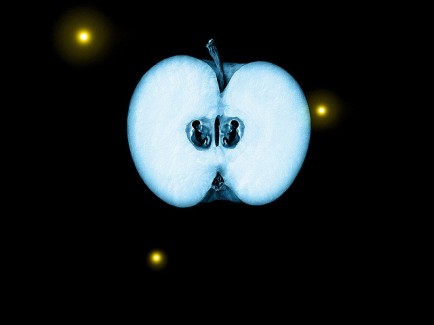 Two hearts beat as one

Fringe goes one step further to genius. Here is why: the warm heart created the dark heart. Walter Bishop committed a crime that started an epic war. His son died, and so he opened a wormhole to a parallel universe and stole him back. The flawed warm heart let the dark heart in.

Let’s discuss some stories – film, TV or prose – with warm and dark hearts. Buffy, anyone?

Posted by Roz Morris @Roz_Morris in How to write a book, Inspirations Scrapbook, Life Form 3, The writing business on December 16, 2012 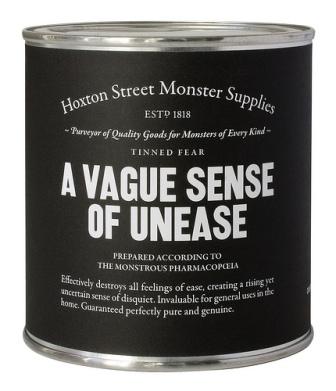 Jeopardy is a sense of instability – and a powerful way to hook the reader.

Often, writers are gearing up to reveal a big threat in the meat of the story, but fail to give us enough in the early chapters. Instead they show the characters living their lives, surrounded by their important folk. They may show us back story, and what the characters don’t want to lose. This is all useful groundwork – but they are in a state of stability.

What’s missing is the sense that the character is venturing onto a tightrope. The unknown knocking at the door. The trampoline on the balcony.

How obvious you make this instability depends on your readership. Children’s and YA novels have to be pretty literal, while literary novels for adults might create pressures of agonising subtlety. Passages that would be aimless cogitation in a thriller might be enthralling dissonance in another genre.

But whatever you are writing, you still need jeopardy. So if your characters are looking too comfortable, what can you do?

But you might be better to keep your main conflict where it is. In that case, you need a build-up – but one that isn’t aimless.

Start from your main conflict and spin it out backwards, creating less severe problems that will lead to the flashpoint. Like mysterious symptoms that warn of a medical catastrophe, these can give that tingling sense that the character’s world is becoming irretrievably unstable.

Is there any normal activity that they start to find more difficult? Is there a tricky choice they might have to make early on? And could the character handle these in a way that makes everything more precarious? Could they think they’ve sorted it out but find they’ve made it worse?

Sometimes writers try to add jeopardy with a deadline. The gangsters are coming. Or the bomb will detonate. That can be effective if introduced late, but plot timebombs have a short shelf life. If you start them ticking too early and never escalate the problems in another way, the reader can get numbed.

Other characters
Other characters are a terrific source of instability. Is there something your main character has to do that puts them at odds with other people who are important to them?

When I fixed Life Form 3, I looked closely at the other characters. I found:

I also looked for where this new, more desperate situation might lead to alliances. This gave one character a much stronger role, and became a catalyst for other tensions that richocheted through the story. He emerged with some strong beliefs that made him a far bigger player than he was originally designed to be.

Stories need a sense of instability to tweak the reader’s curiosity. If you need to add more, you can often find the roots in your main conflict and characters.

Thanks for the canned unease pic Ministryofstories.

Have you had to add jeopardy to a story – and how did you do it? Let’s talk in the comments!

If you found this post useful, you might like the follow-up to my book Nail Your Novel. It’s currently in edits and I’m still debating the title, but it will be stuffed with craft advice. If you’d like updates about this and Life Form 3, sign up to my newsletter

authors, Conflict, deepen your story, fiction, having ideas, how to add tension to a story, how to make a story compelling, how to write a compelling story, how to write a novel, jeopardy, literary fiction, literature, My Memories of a Future Life, polishing, publishing, revising, Rewriting, Roz Morris, tension, thrillers, unblocking, writer's block, writing, writing a novel - Nail Your Novel, Writing Characters Who'll Keep Readers Captivated: Nail Your Novel, Writing Plots With Drama, Depth & Heart, YA fiction, YA novels 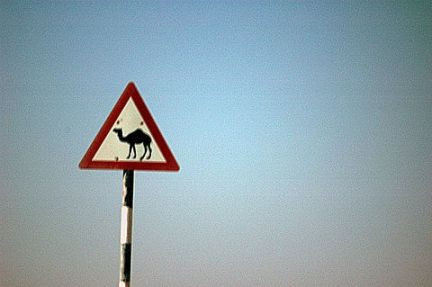 When my agent took my second novel Life Form 3 he mostly adored it – but felt the main threat took too long to develop.

A publisher was interested so we had a meeting. In a creative, convivial afternoon, we brainstormed ideas. I took reams of notes. But in the end I did nothing they suggested. Not one thing.

At home I made a beat sheet (one of my all-time lifesaving revision tools, explained in Nail Your Novel). It had been a while since I’d read the manuscript. The beat sheet showed that too much of the first half was atmosphere instead of story. My esteemed colleagues were right that it was slow.

But they were disastrously wrong about how to pep it up. ‘Let’s have a character on the run, a threatening political movement in the wider world of the book, another sub-plot to keep characters busier’… All sorts of plot fireworks, all out of kilter and unnecessary. I knew the central character had a compelling major problem and that the action must come from that, not from a carnival of chaos around the edges.

So how did I fix the book? 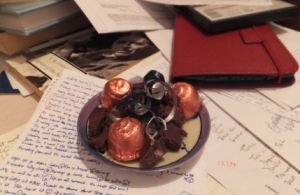 What was I thinking?

As always, the best insight came from examining why I wrote the story the way I did – made possible by the beat sheet (left, with fortifying accessories). I included those slow scenes for a good reason – to introduce ideas and threats that would emerge later. I’d made them strange and intriguing, but I now saw they didn’t have enough momentum in themselves. They didn’t immediately generate interesting situations.

I’d known I was in trouble
I had even suspected they were weak, so I’d tried to solve it with false jeopardy. I confess I made the main character worry that nasty things could happen. I now clutch my head in shame – these extended periods of worrying were not jeopardy, they were nothing darn well happening.

I even realised this, and tried to atone by making the main threat bigger. In hindsight it creaked with desperation.

Agent and publisher were nice enough not to say any of this. Perhaps they didn’t notice or mind. Perhaps only I knew how bad it was, because I knew my desperate motivations.

Unpleasant as it was to examine my writerly conscience, the answers helped me decide what to keep, what to add and what to adjust.

Better. Stronger. Faster.
I returned with a leaner, stronger Life Form 3. A really compelling read, said my agent – not noticing it was actually longer. He didn’t give a hoot that I’d ignored his suggestions. He didn’t even remember them. Unfortunately the publisher’s imprint closed that month – so Life Form 3 was out in the cold again. But that’s another story.

Some writers hate it when editors, beta readers et al make suggestions. I don’t – I welcome them as oblique illuminations from the surface to the murky deep. And if you’re new to the writing game, or need to fit an unfamiliar genre, there’s much that a savvy editor can do to guide you.

But you mature as a novelist by understanding your own style and your individual ways – which includes how you handle your material and second-guess your own process. In a talk given at BAFTA, screenwriter, playwright and novelist William Nicholson said it’s the editor/producer’s job to tell you something’s wrong, and the writer’s job to find out what that is.

Before you act on revision notes, reread your manuscript and examine why you wrote what you did. This is how you stay true to your novel – and how you come into your own as a writer.

Thanks for the camel pic Loufi

In my next post I’ll discuss in detail how to add jeopardy to a story. In the meantime, let’s discuss –

Have you had detailed editorial advice on revisions, and how did you approach it? Do you appreciate it when editors chip in with changes they think would improve a book? 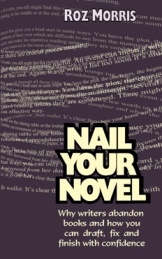 You can find my beat sheet in my book Nail Your Novel: Why Writers Abandon books and How You Can Draft, Fix and Finish With Confidence.  A second Nail Your Novel is under construction – if you’d like information, sign up for my newsletter.

And – spoon tapping on glass – this week I had an email from CreateSpace telling me that demand for the print edition has been so high that Amazon placed a bulk order so they have enough stocks for Christmas. Who says indies are killing print? 🙂