The slow-burn writer … What takes literary authors so long? 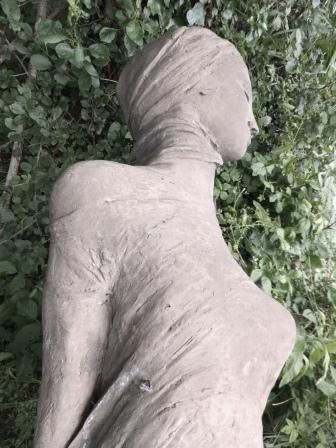 You could split the writing blogoverse into two camps. There are those who streak through books, racking up a few releases a year. And there are those who incubate a manuscript for many, many moons. (I’m talking about experienced writers here, not those on the beginning curve.)

This is on my mind after Joanna Penn’s recent podcast interview with Russell Blake, where they discussed techniques for rapid writing. As card-carrying speed demons, they had a chuckle about literary writers who take their time.

And we do. Talking to my friend Orna Ross, we estimated the gestation for a literary novel as at least three years. For some of us it’s even longer. A few weeks ago I was chatting to an agent from Curtis Brown and she cheerily remarked that three years was fast for some of her writers. And then there’s the colossal amount of wastage. Booker winner Marlon James said in Guernica:  ‘You can write one hundred pages and only use twenty.’

Assuming we’re spending all that time working, what are we doing, exactly? I’m curious about this, because when I teach masterclasses, someone inevitably asks what makes a book ‘literary’. I think the answer comes from what we do in that extra time.

Here’s what’s going on with Ever Rest. I nailed the plot in draft #1 and bolted it tighter in 2. So far, I’m neck and neck with the fast folks. Now on draft 3, each scene is taking me a minimum of four days – even though I’ve established the basics of who, what, why etc. And there may be a 4th draft or a fifth. It’s because I’m working on suggestion, emphasis, subtext, restraint, resonance. (And other stuff  ) But it all boils down to this: nuance. And nuance can’t be hurried.

I submit, my friends, that this one word helps us understand what makes a work literary. Not introspection, dense sentences, poetry, show-off vocabulary, avant-garde structures, ambiguous endings, classical sources. Not even complex people or weighty themes. And if you’re about to say ‘disregard for story’, we’ve already thrashed that out here .

A nuanced experience is the difference. A non-literary work is simply about what happens.

Or that’s my theory. What say you?

This entry was posted on December 20, 2015, 8:24 pm and is filed under How to write a book. You can follow any responses to this entry through RSS 2.0. You can leave a response, or trackback from your own site.