Who will read my book? 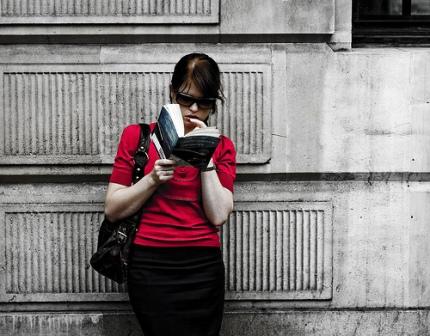 Last week my post – as you may have seen – was a letter to a writer who was losing confidence. Thank you all for your comments and tweets – I had no idea it would be so widely appreciated.

I also had a comment from Steven Lyle Jordan, who felt I’d glossed over some hard truths. And I agree we should think about them.

I’m surprised that the letter managed to miss an all-important question which I believe all novelists ask themselves, whether they admit to it or not: Will anybody care?

I don’t believe writers write in a vacuum. If they write, it’s because they want someone to read what they’ve written. If no one wants to read your book–if no one will buy it–it does two things to a writer: It breaks down a great deal of the confidence that was built up in order to write it; and it forces the writer to consider whether all that effort, no matter how good, no matter how enjoyable, was worth it.

After writing a number of novels, I firmly believe that I know how to do it right. But lack of interest and lack of sales does more to discourage me, and prevent my bothering to write the next novel, than all of the other points in that letter combined. (It still may prevent me from writing the novel I’m actually developing right now; at any moment, I might “come to my senses” and pull the plug.) If that letter had been written to me, and it did not touch upon that point, it would be essentially worthless to me.

Who will care about what we’ve written?

From time to time I hear a writer wistfully bleat: ‘the good novels rise to the top’. What rubbish. The novels that rise got lucky or were marketed smartly. We certainly need more ways to find fairy godmothers for deserving books (and I’ve talked about quality control and recognition recently here).

You might have also asked Lucy if she was comfortable with the state of publishing, the industry turmoil she’d be injecting herself into, the multiple channels of the ebook industry she may have to master, the likelihood that ebook piracy would rob her of some amount of possible profit, etc. All of that has been known to sink many a prospective author before they’d sailed.

First, piracy. Discover the atom and someone will make the bomb. We invented ebooks and we got piracy. Anyone who argues that piracy is flattering or beneficial should be strapped down while their house is burgled. Steven, I agree. It’s a shark’s world out there. And it’s going to get more bloody.

Now authors will pay to make their books better, we’ve got critters willing to fleece them for editorial services of dubious quality (in an attempt to avoid this, here are my tips on choosing a good critique service).

We have authors aching to be recognised, and we have schemes charging astonishing fees for awards and seals of approval. On the law of averages, many of these books will be rough and a glance at the opening will be enough to tell the reviewers that. The reviewer only needs to read for as long as the book is up to standard. Some sort of fee seems fair because time and expertise aren’t free. But many of these schemes charge several hundred dollars a pop – for what must on average be ten minutes’ work.

While we dodge the rip-offs, we’re giddying from goldrush to goldrush. Last December, it was free Kindle books. Now people are so used to piling free books into the infinitely deep pockets of their Kindles they never look at them.

Right now we’re dancing can-cans about Kickstarter. How long before some investor makes a mighty fuss that all they got was a lousy T-shirt? There will be a sacrificial lamb – whether a crook or a well-intentioned author – and that will be the end of it.

Another point is simmering under Steven’s comment, and it’s worth considering. Never has the writer’s livelihood been more precarious – and that’s even for those who have ‘broken in’. About 20 years ago, a publisher’s advance would realistically fund you to write a book. Now you have to write the first book for nothing and if you get an advance for the second it’s pitiful.

What’s more, publishers seem to do very little for the percentage you hand over. For most writers the editorial services have been cut to minimal levels. And recently the estimable publishing guru Jane Friedman advised that if you want your breakout book to be a hit (and thus to increase your chances of having a traditionally published career at all), you should hire your own publicist. Yes, even if you have a publisher. In which case, I have to ask, what is the publisher doing for you?

So, Steven, I agree it’s not rosy at all, especially if writing is your livelihood.

Right now, it’s anarchy. We are all trying to thrash our way to a better spot in the food chain – writers, publishers, editorial pros, agents, investors, teachers, tech companies, retailers, distributors, conference organisers. But people want to write and people want to read. That means we have an industry – and even a way of getting our work out. Who will be making a decent wage from it? Can emerging writers still cling to the dream of supporting themselves only by their novels? Perhaps those days are gone. Or perhaps the publishing economy is about to become a lot more equitable.

Maybe at the moment, we have to see our publishing dreams as separate from our writing dreams. Our writing dreams have always been the same – write a book that somehow matches up to our hopes for it. Do whatever we can to honour the reader and the artform. Make good work, and never stop trying to be better. Sit out the bloodbaths and keep writing. Which is what started all this anyway.

What do you think?

The first edition of my newsletter is out now, including useful links and snippets about the next Nail Your Novel book!  You can read it here and you can add your name to the mailing list here.

awards schemes, fairy godmothers, fiction, hard truths, how to find an editor, how to write a book, how to write a novel, industry turmoil, Jane Friedman, literature, My Memories of a Future Life, Nail Your Novel: Why Writers Abandon Books and How You Can Draft, Fix and Finish With Confidence, new books, new writers, novels, publicists, publishing, Roz Morris, self-publishing, writing, writing a novel - Nail Your Novel, writing business, writing life

This entry was posted on June 24, 2012, 10:29 am and is filed under How to write a book, self-publishing, The writing business. You can follow any responses to this entry through RSS 2.0. You can leave a response, or trackback from your own site.